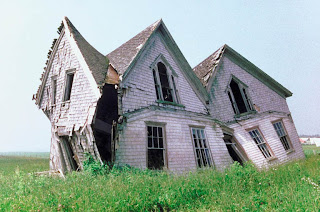 Every night I go to bed and think about all the things I forgot to do. OK, sometimes it's not really forgetting but more like never got around to doing. This blog is always at the top of that list. It's not that I don't have things to write about. It's sometimes I have too much and I don't know where to start. K has been so busy but I don't really think anyone needs another detailed report of a photo shoot. She did lose her first tooth, I almost wrote about that and how that tiny tooth held on a few days so could do a quick shoot for Kmart, but I opted to spend the time with my little toothless daughter.

We had a great Halloween too, the three of us running all over the place that weekend. D and I were too tired from the stressful week we both had to go to the cool parties we were looking so forward to attending. That was fine with both of us. K had worked all week for Target and D was busy moving offices and managing various projects. We did take K trick-or-treating in costumes. K was perfectly dressed as Hermione Granger, D was Brett Favre with a camera and I was Hit Girl from Kickass, my absolute favorite character this year. It's funny, Halloween used to be a big deal before we had K. We would obsess over what to wear and spend hours looking for the right costumes for whatever party we were hitting that year. Now it's all about the kid and candy and I can't say that I mind. It was a lot of fun.

I guess that kind of explains the sudden absence from writing. Instead of writing about things I was experiencing them. While I love writing it became something I needed to do. I would spend hours wondering what to write instead of of finding things to do. I've been out doing stuff. Stuff I will write about in the future.

For now I just want to say that I haven't stopped or forgotten. In fact I am finishing this post which was started a while ago. So while I know it's really just me writing about why I'm not writing at least it's something and one less thing to keep me up on that.

I have a whole mess to write about on that front including a discussion with Dr. Phil who thinks I might benefit from meds.

Me and meds? This should be a new chapter in my life, something I do not take lightly and usually dismiss.

Stick around, it should be a good fight!
Posted by MicheleB at 10:06 PM