Exceptions to the rule 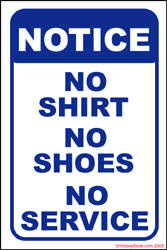 I know there are exceptions to every rule. Not all Republicans are mindless teabaggers, not all Democrats are liberal hippies and not every Oakland Raider fan is a felon. OK, I'm not so sure about that last one. You get the picture though. Sometimes I wish the rules didn't apply tome but I'm realistic and know better. My daughter does not yet have teh skills of reasoning yet and believes that she is indeed the exception to every rule. In fact at one point this weekend I wrote that as my Facebook status:

M is changing K's name to Exception because clearly the rules do not apply to her."

I'm sure I have to take some of the blame for her gigantic ego, (I refuse to use the word ginormous because it's stupid and not an actual word, I don't care what Webster says) but not all of it. Some of it has to do with the fact that we have a lot of friends who don't have kids and they often spend time with us. K is used to being around adults and she prefers it sometimes. We had her first birthday party at a friend's house because they had a huge backyard, we thought that was necessary with new walkers and their parents. We invited our old friends who didn't have kids and our new friends, who did. It was a typical party for us, too much food and plenty of booze, we feel that if you have to suffer though a kid party you should have the option to dull the noise with a beer or bloody mary.

It was a fun day, K showed off her wicked running skills and there were only a few meltdowns. K was pleasant enough, playing with her friends when they crawled near her. It wasn't until they left that she really opened up and let loose. It wasn't just me that noticed, all our friends thought it was funny that K was annoyed by her tiny buddies. After that she wasn't just our kid, she was our cool kid. She was welcome wherever we were, that was good for us because we always seem to be lacking in the babysitter department.

So that pretty much continued her whole life. We would receive invitations that said "no kids" except K. We would go to bbqs where there were kids and would always hear "wow, how come K isn't a brat like other kids?" (that one was news to me) She also acted like one of "us" and we were always told that she "was an old soul." When our friends J and P had a party to celebrate their recent commitment ceremony it was an adult only event, of course it really was an adult only and K event.

You get the picture, she is welcome and we are grateful. A few months ago her karate sensei was having a party for visiting black belts and friends from the dojo, he invited us and wanted K to go. We weren't that comfortable with that so we told K that we could go for dinner but sit st our own table. After the meal was done we could stay for a few minutes but that was it. When we got there we say at our own table and were prepared to dine that way. Sensei and crew showed up and were escorted to a huge table and came by to say hello. He then insisted that we join them. So we did. We also stayed long after dinner, long enough to watch K dance around with everyone as they told us how cool she was.

Cut to Saturday, another such party was about to take place and K was planning on being there. This time was different, at the last party the daughter of one of the visiting black belts was there and she's 14 (but looks a lot older), we felt OK because the girls were together most of the time. This time it was truly adults only. We told her that we were not taking her but again we would have dinner there. She absolutely did not understand why we were protesting. We explained to her that having a child at a bar is not appropriate (no flaming here, it's a restaurant). We told her that some people go out and leave their kids at home, it's not fair to them to have to censor themselves around someone else's kid.

I suppose I can understand her difficulty in understanding this since she has always been the exception. Now there's an exception to the exception? I didn't have enough wine in the house to try and explain that. We had dinner and saw our friends, we stayed a few minutes, long enough to greet everyone and then say goodbye. K was happy that she got to be a part of the evening but was unhappy that she was forced to leave so early.

So now we have a new ongoing dialogue, I am trying to explain the exceptions to being the exception. Not an easy task but it's a good lesson for me. I need a brush up on my patience and tolerance.

Exceptional.
Posted by MicheleB at 4:25 PM