Back in the swing of things 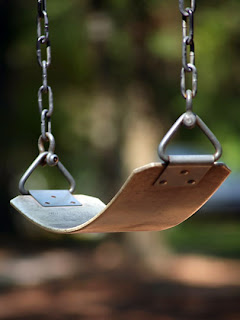 On Tuesday I got a call for a commercial casting on Wednesday for K after a nice and quiet few weeks off. I was happy things were starting but now had to reschedule an afternoon playdate. About that same time I got another call from our good friends who live in Germany most of the year. They were back and wanted to play. We decided on an early movie and then maybe a quick lunch before K and I took off for her audition. The next morning K got another audition across town at the same time. Hmmm, why do they think I can be in two places at the same time? We were told to go early to one and later to the other. Thanks, I think I figured that one out myself. The only problem was getting from Santa Monica to Studio City at the worst possible time. I didn't really want to think about until I had to, we had an overdue playdate to make.

We saw the early movie and took the kids to the beach where I tried out my new lens again, it was a little harder with two kids running on maximum power. Then we took off for the first audition of the day. No traffic but no parking and we HAD to be there by 3:00PM to make the other one by 4:30PM. We got there and saw K's bestie who said the wait didn't seem too long, they had other calls to make too. We ended up waiting an hour and I had one minute on my meter when we got to the car, good thing because there was a traffic cop ticketing already.

I now had 30 minutes to get to Studio City with 90 minutes of traffic. I called and said forget it, they said go and I had until 5:00PM. My GPS (who I'm sure is trying to kill me) told me I was going to be late. I pulled off the freeway and took streets the whole way and it only took 45 minutes. It was almost possible to be in two places at the same time! They must have liked her because she already got called back.

On the way home I arranged for a sleepover with K's friend from Germany and stopped off to get dinner for them. I love watching these two play together, it's effortless. They get along so well I didn't want him to leave. I hardly ever say that about kids and certainly have never said it about a boy. It's always sad when they have to say goodbye. I'm hoping we get to spend some more time together before they leave.

My dad is also in town again for a visit which means that K is working next week. For some reason every time he visits she books a good job.

The other day I said I was looking forward to getting back to normal swing of things and then I realized there is no normal for us. We never have the same week twice. This used to freak me out, I'm getting used to it now.

We've always been a see-saw kind of family anyway.
Posted by MicheleB at 9:25 AM