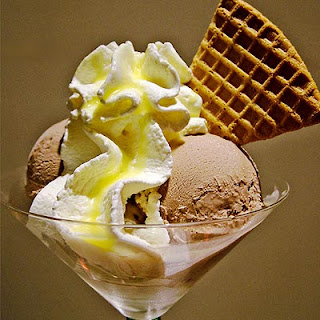 So the return of summer has left K and I in a strange situation. We are so used to our current routine that the sudden appearance of the heat has annoyed us. We have grown accustomed to dressing in pants and not worrying about being hot. We are used to walking by the pool without wanting to jump in. For the first summer in years I am not dealing with K's green hair. We found other things to occupy our time. We've found wonderful new places to eat and cool new stores to shop. We've traveled many times down to Orange County for photo shoots, spent lots of time in Hollywood for auditions and spent so much time at karate class they are about to charge me rent.

So today we got ready but it was different. Instead of the beautiful morning breeze we are used to feeling it was hot. The heat made everything take longer, I didn't feel like rushing out and K was in no mood to hurry. We had a long list of things to do but we finally got out the door we didn't feel like doing any of them. Then K said she was hungry. This always happens as soon as we get in the car and drive away, remember she's the kid that thinks things taste better to when you pay for it. So we drove for a bit and ended up at the Brentwood Country Mart, how we ended up there is anyone's guess, but the new ice cream place might have had something to do with it. We walked around and both decided it was too hot to eat, we did want to check out the ice cream place. As we turned the corner I was delighted to see Cafe Luxxe, my favorite place had opened there as well. The ice cream place opened at 12:00PM and it was 11:50AM. Hmmmmm, we went into Luxxe and I got a latte (of course) and then at 12:00 I made my tiny child ecstatic by letting her have ice cream for lunch. As she was choosing a flavor I spotted "salted caramel" uh, really? My no bad food week was out the window and I ordered 2 scoops of it, they even put salt on top of. OMG, seriously, it was amazing. I justified it by the heat but it was fun and delicious.

After that we did a few things and then came home. I wanted her to go to karate but we decided a swim was in order first. I was going to watch her but again, the heat was awful and the thought of splashing around with her sounded good. We swam right through karate. Then it was time to think about dinner. Driving was the last thing we wanted to do. Ilooked in the freezer and decided it was BBQ for dinner, except we were going to use the Foreman Grill, too lazy to actually turn on the grill.

K was happy, D was happy and I was happy. I decided that all decisions I made today would be the ones that K would make and you know what? It was awesome. Dessert for lunch, skipping class and lazy dinner was fun.

I love summer!
Posted by MicheleB at 8:26 PM