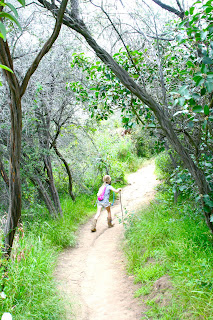 Originally written on 4/18/11. I was going to add to it but never got around to it. After attending the funeral today I just decided to post it. I'll probably post more on that but not now.

It was a rough weekend for us. Last week we received the terrible news that D's cousin's young son had died. It was a shock for many reasons, we found out that he had taken his own life after years of suffering with a mental illness. After careful consideration we decided that D would attend the funeral and I would stay home with K. Taking her to a funeral didn't seem right. I know that D didn't fully agree with me until he arrived at the service but I knew in my heart it wasn't the place for her. This was a time for grieving and rallying around a family who needed support, K is too young to grasp that concept and wouldn't understand what was happening. Right before the funeral started D got a call from another side of his family saying that his aunt had passed away after be ill for some time.

This was sad to hear as well, a few years ago we went to visit that side of the family in Chicago and had a wonderful time. His aunt was clearly the matriarch of the family and had the kind of old school grace and toughness you don't really get to see anymore. We had planned to go back but that thing called life somehow got in the way. I felt really awful for D who was not only at a funeral but just learned of another death. I could only tell him I loved him and offer my sympathy.

On Sunday K and I decided to go to the local Farmer's Market and invited our friends R and N to join us. N was up North at a family wedding so R joined us. D was coming home but had a 7 or 8 hour drive and we needed to get out of the house. After the market R suggested a hike. After the laughing stopped (I don't hike) I had to say yes, K was already planning her outfit. I was actually happy to get away from things and spend some time being unreachable.

We did great, only one fall (K) and we didn't get lost. R was a terrific guide and was so patient with the inexperienced hiker (me). I took a few pictures including the one above featuring K and her walking stick "stickie." After hiking we came back home and made brownies, R left to do some work and K and I waited for D. Poor D, he was exhausted when he finally walked through the door. He spent more time driving than visiting and was completely wiped out. Still he happily entertained his adoring child while I caught up on my emails and made sure I had the right location and calltime for K's shoot on Monday.

While checking my email I saw one from a friend with nothing in the subject line. That was strange for him. The email contained the tragic news that another friend's mother was killed in a car accident. This one was really tough to take. Not that the others weren't, D's cousin was a complete shock and my heart ached for his family, I couldn't even imagine the pain and suffering they were experiencing, his aunts death was really sad to hear but not unexpected since she had been ill for some time. This was so completely shocking I am still not believing it. She was also probably the nicest woman anyone had met. Seriously. Every time we saw her I would tell her how utterly jealous I was of her daughters and the amazing mom they had. She adored K and was so great with kids she made Mary Poppins look like Cruella De Vil. I couldn't imagine the pain that her children were feeling. I waited until K was out of the room and told D the news. He had the same reaction I did. Shocked sadness. I think we were both a little freaked out every time the phone rang that night. Three deaths in a week was just about all the bad news we could take.

Spring break is this week and I'd like to go back to nature again. Being up on the trail was nice. Seeing the world from a different view was inspiring, like nothing up there could hurt us. I'm hoping for an uneventful and stress-free week.

Call your parents and tell them you love them. It'll be a nice surprise for you both.
Posted by MicheleB at 11:40 AM