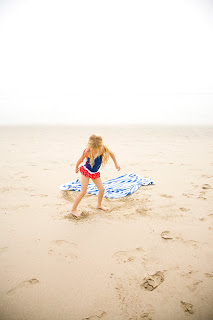 Holy crap, I've been a bad blogger. I guess it's OK since I've been a great camp director. Our days have been filled with fun, friends, swimming and shoots! First I need to send some belated birthday wishes to the US of A. Then I need to apologize to Blogger for completely ignoring it!

In the past month we have spent about 10 minutes at home. The rest of the time has been a blur. K did a commercial shoot that took up a few days (we are hoping to see her beautiful face around Christmas time!) she's done a bunch of print and we have seen so many friends we've lost count. We took a girls "mini trip" down to SD and enjoyed a nice hotel stay. We've been a ton of different pools and have hardly spent any time in our own! We've been to all the beaches in Southern California and just as many malls.

Last week was a stagemom's dream week. K shot a commercial, came out on the cover of a magazine and was featured in three different Fall campaigns. People were playing "where's K?" and texting me the pictures that they found.

It was also the anniversary of our big agency switch. I wrote an email to K's agent thanking her for an amazing year. Not just the work but the network of people that have become our "framily." I honestly would be lost without these amazing women who have blessed our lives. It's a nice change to have friends without any hidden agenda. I realized just last night that some of the friendships I had were causing the rift between D and I instead of fixing it. Shame on me for not noticing but shame on them for being complete assholes.

So anyway, we are off to another lunch and then hopefully the errands we keep putting off. Tomorrow will bring more of the same as will Friday.

I hope to catch up a little around here, if I don't it's only because we are enjoying the time and not because I have nothing to say.

Happy Wednesday!! It is Wednesday, right?
Posted by MicheleB at 11:43 AM