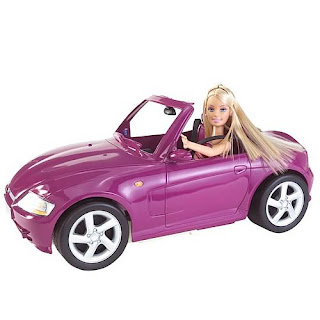 If you look at the time and date of this post you will know that I didn't make it to the Pavement concert at the Hollywood Bowl tonight. Most likely it will be posted sometime Friday when I get around to finishing it. My head is somewhere up my ass right now and cohesive thoughts are simply not possible. It's not that we had a bad day, it's that we had a long day. Check it out:

So in my head I have an finely detailed map of how the day is going to go. I can pick K up from school at 11AM and be in San Diego on time or early for K's 2PM calltime. Then I check my phone for real time traffic reports. The estimated travel time keeps changing and if it keeps going it's going to take hours and hours to get there. I arrive at school and grab her at 10:45AM. The gas tank is full, the passenger has a ton of snacks and the driver is ready for anything. The traffic was great, we flew down the 405 to the 5 in record time. K was asleep and I was in the zone. As we got close to San Diego the weather changed, clear sunny skies we now cloudy and it was raining. Then the thunder and lightening started, I really hate that and I held it together because K was blissfully unaware of the weather outside of the car. She woke up as we arrived at the studio. It was 1:00PM, no traffic made the ride a quick one. I'm pretty sure I should not post the average speed of the trip, I will say that I was not the fastest car on the road though.

When we walked in I felt funny for being so early when I made a big deal about getting the later call time (ours was originally 1PM). As luck would have it the other girl with the 1:00PM calltime showed up with an expired work permit (oops) and was sent home. They were thrilled that we were early and had us sit for a few minutes because they knew we had just come from LA. We got some snacks and rested, then it was off to hair and makeup for K.

She emerged as a Barbie doll (this shoot was for a costume company's 2011 line), she looked beautiful, like a real life doll with pink cheeks and glitter. I usually stay in another room when she shoots but this was one giant studio and the "mom suite" was off to the side. I could hear what was going and from the clapping, it went well. We stayed quite a while, she did another costume and played with the other girl who was called in to replace the expired permit girl (a huge mistake in this business BTW). When she was wrapped I could not get her out of there, not that I was in a hurry to get back into my car, the weather was awful. My iPhone told me that I had over 3 hours of traffic until D's office. The next part of the plan would be to drop K off at D's and then shoot up to the Bowl. It could work. Well it could have worked if the weather didn't suck.

We got in the car and prepared for the worst, which is exactly what we hit. K was in a great mood though, she had so much fun at the shoot and was now sitting with enough snacks to take a cross country trip. I was fine too, I have learned that getting upset only makes it worse (no, really, I did). We drove until my butt was numb, I believe that's always a good time to stop for food. By that time my iPhone said it was still more than 2 hours before getting to D's. We ate dinner and took a much needed visit to the restroom. We also met up with a friend (who lived nearby) and her daughter for dessert, there was no point in getting back on the freeway which was still not really moving.

By the time we were back in the car the traffic was better but we still had miles and miles to go. Then my GPS stopped working, luckily I was really close to the freeway, still I called D to bitch about it and in doing so missed the onramp. Crap! I easily managed my way back and we were on our way. I missed a few calls from my friends inquiring about my whereabouts, I also saw some MMSs from the show which had started. So it was clear that I would miss the concert, which took the pressure off and we rode home without incident. K was happily asleep and I was grateful that my GPS chose that moment to stop working and not when we were sort of lost in the pouring rain down in San Diego.

I was so happy pulling into my carport. I put K to bed with her big hair and makeup still applied. D came in soon after me and got to hear all the details of the day. He was sorry that I had missed the concert but happy that we were both safe at home. He knew it was a long day for me and that I tend to get pissed off when things don't go my way. The joy that K got doing this shoot was worth the drive, missed concert and sore butt that I now have.

It's funny the questions I got when telling people about this job, they all hoped it was worth it financially. How much would that be? What's the price of pure joy on a kids face when they do something that they love? Why does it have to be "worth it" to support my child's desires? Do I ask the soccer moms if it's worth it sit there for hours on Saturday while their kids play? Of course not. I drive K because I like to encourage her endeavors, not because the payoff is worth it.

BTW she made enough to buy books for her freshman year in college.