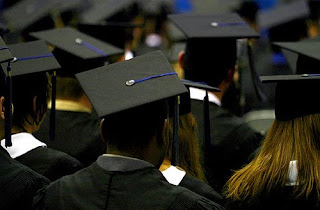 I left high school a very long time ago. Long enough that I honestly cannot remember most of it. While I can't remember the day-to-day activities, I can recall the ridiculous head games that teenagers are so adept at playing. I thought and hoped that these were the things that I left on the East coast so many years ago. I was wrong. Sadly, teenage headgames pave the way for a more intense adult version, and if you know anything about me, then you know I do not like games of any variety.

I've become accustomed to the games K has learned and work with her daily on how to avoid them. Last year she wasn't the best student but this year I'm happy to report that she is doing remarkably well. She is not getting sucked into the web the class bully has tried to spin, in fact I've seen K actually walk away from this girl, something that did not happen last year. I, on the other hand, have a touch of Michael Corleone Syndrome, the biggest symptom can be seen here. I do my best to avoid games and the ritualistic bullshit that come with adulthood but it's hard to evade. In fact I think my reluctance to participate makes playing with me that much more exciting. Sure, I've been known to make a comment or two but I do not get off on the complete annihilation of anyone's character. Take this recent occurrence with a neighbor who I've always treated more like family than my own:

She had been having problem with her twenty-something son who had been living with her, I've known them both for years and have always liked them. Sure they got on each other's nerves but they managed, I was always around to lend an ear to a frustrated mom. He had finally found a place of his own and they were both relieved. One day she came to my door and told me about his car which had been totaled. K for some reason said something about him never going to college and always crashing his car. I didn't pay it any mind, she likes to go on sometimes. Later that night this woman called D and asked him to come outside for something. He came back with the most bizarre expression, apparently she was now under the impression that I had been trash talking her son, which was ridiculous. The next day I asked K if I had ever said anything bad about this boy. She said that I put her in room when their fighting got to an unpleasant level (K is not fond of anyone yelling the "f" word), other than that, no, I had never said a word. I asked her why she didn't think he went to college and she said she had confused him with my brother (who is the same age as this kid and in fact, never went to college) I asked her if anyone had ever said bad things about this boy and she said "only his mom."

Your honor, the defense rests.

I am not going to be the bad guy, to my neighbor, to my friends or to anyone in my life. Especially when I did nothing wrong. If people need a scapegoat, great, just find another one. If my neighbor would rather be mad at me for things I never said instead of placing the anger at her son, that's fine. Except I'm not sticking around to play that role. My resume is full and I don't need the credit. Instances like this have been happening to me lately and I have to ask: Even if I did all the trash talking in the world (just saying, for the point of the argument) why shoot the messenger? Why is always easier to blame everyone except the ones that perpetrate the crimes?

Why act like high schoolers and play endless versions of the Blame Game? Or the more popular He Said, She Said? My favorite is Telephone, I believe I wrote about that game last year here. I'll play a round of Pictionary if I am with friends, I'll even play Monopoly with K and D. If the mood strikes I might even dust off the Wii and swing that white stick thing around for a while but I will not play a game where the winner always loses and the loser always wins.

The only winning move is not to play.
Posted by MicheleB at 9:01 PM