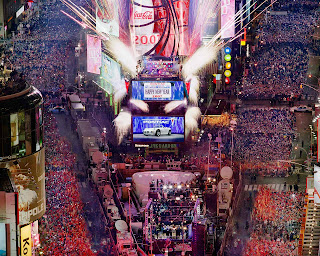 OK, so after promising not to neglect my blog, what do I go and do? Honestly it's like the time is slipping through my hands. There are so many things that I meant to write about, fun things, not only complaints.

What I meant to write last year:

Over Thanksgiving I took D and K back home to New York. Of course it's "home" in name only since I have no family there anymore. Seeing my city through the eyes of my family was a strange but wonderful experience for me. Being a tourist in my own city was downright weird. It took about two blocks until I felt like I was home. My old walking stride kicked in and within minutes the decade away had vanished. I was so proud of K who picked up the pace of the city right away. In her black coat and boots she was a mini version of me on a mission to see the next great site. D on the other hand was in full tourist mode and stood in awe of the rich history my city has to offer. Something I never really stopped to notice. While visiting Ground Zero (something I was personally against) D marveled at the architecture and design of some of the oldest churches in the country. I had been down there a million times and never really spent the time taking in what was there.

We did all the touristy things and ate like there was no tomorrow. I was thrilled to be in the land of pizza and bagels and suspended my no carb rule. I also decided not to look at my scale for a while once we got home.

They say you can't go home again and while I understand what makes that statement true I like to add my own version: Why would you want to go home again? I mean you can't go back to the past and even if you could hopefully you aren't the same person you were back then. I have issues with the past but I try to keep them there. Before we left I worried that somehow old feelings would surface. They didn't. What happened was the evolved me returned to the scene of some previous crimes without incident. I didn't venture to the actual crime scene, the trip was too short for that but it didn't matter. I am a grown woman with a child of my own. Even if I stayed in the house where I grew up I doubt it would have done any damage.

It was fitting that we were in NY during Thanksgiving, a holiday I renamed Angstgiving decades ago. Going with D and K this time was almost cleansing and not just because of the usual holiday rain. We created a new memory of the holiday, a forced family celebration was replaced with a casual lets-do-what-we-want kind of day. The traditional turkey dinner was replaced by fine French cuisine (although D did opt for the French version of Turkey Day staples.) We were surrounded by other people who did the same thing. It was perfect. Why don't more people know about this? Holiday dinners without the mess? I have no idea where we will be for these holidays next year but I will be the first to suggest dining out. Besides the way I cook a five star restaurant would actually be cheaper.

I originally came here to discuss my resolutions for 2011, I don't really call them resolutions but for the sake of the title I will here but not today. I'll get to the tomorrow.

and yes, my first one is to do something about my procrastination problem.
Posted by MicheleB at 9:30 PM