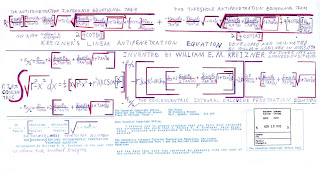 I started writing about the recent drama in my life. It's such a deeply spun tale I'm honestly at a loss as how to do it without naming names, facts or other information that will relight the fire of anyone involved. Not that I care at this point.

What it came down to (and I'm not going to explain it here, just making a side note to an unfinished piece) was more than a he said/she said/they said kind of thing, all that is and always has been childish. It was the depths at which people went to to share the negativity. I will never in my life understand how or why someone would share things that may be hurtful for no gain whatsoever. I'm not saying that I'm innocent here. I've said things that were not nice but I assumed my venting or gossiping would stay "in the vault" because that's where I always kept it, I was wrong there. I've been trying to wrap my hands around other people's psyches which is pointless and always ends up in asking "why?" Then I think about when I try to explain something to K that she doesn't quite grasp, I get the same bewildered look from her beautiful baby blues when she asks "why?"

Talking this over with Dr. Phil last week he said trying to understand the way other people think was like handing someone a calculus textbook and expecting them to read it. I think it was more like giving a preschooler an advanced calculus test and expecting a perfect grade.

I quoted Bob Marley earlier and I'm standing by his words. I am emancipating myself from mental slavery. I am moving on and looking forward. I own my mistakes and flaws, they do not own me. I am taking this philosophy and using it in every aspect of my life. The funny thing is I didn't even realize this was happening. Things that used to make me angry are barely noticeable anymore. Any anger I was harboring is gone. I'm not sure if this is a temporary thing but I will try my best to keep it with me forever because it feels so good.

While I did lose a lot these past few weeks, I also gained a part of myself that I always knew I had, just was unsure of how to get it out. I've always been a deeply private person, keeping it all in, knowing that my "secrets" were out there has always been my biggest fear, somehow now, knowing that they are indeed out there doesn't bother me as much as I thought. That was the original purpose of this blog which I started exactly one year ago yesterday. The rapid weight loss might not have been the best thing for me but it's exactly where I needed to be. When you try to see the good in the bad it shines a whole new light on things.

As for the math, I could probably read up on my advanced calc and do well on the test but why bother. I already have the answers.

"Don't worry about a thing, every little thing is gonna be alright"
Posted by MicheleB at 3:54 PM