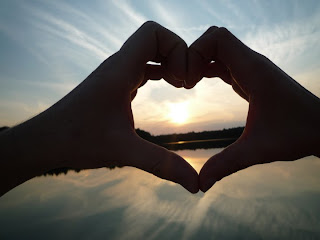 I think I wrote a few rants last year regarding my feelings for the "holiday" known as Valentines Day:

Crap, I just read last years rants and I forgot I was going to have us give blood this year on Valentine's Day. I'll try to get that done this weekend, convincing D will be next to impossible but it's worth a try. My feelings for this holiday haven't changed too much, I think honoring love is something that should be observed every day and not just once a year because a few billion dollar industries tell us we should. I do see part of it for the other side: sometimes you might need a gentle reminder, a romantic kick in the pants, if you will. It starts young too, for the third year in a row I sat with K as we made 20-something Valentines for all her classmates. Bringing them was optional, bringing them for a select few was not. That kind of pissed me off but that's a rant for another day.

So now it's Valentines Day again again and although I still don't understand the rush to run out and spend lots of money on cards that will get thrown away and flowers that are grown specifically for this day (and come with a higher pricetag.) Sure I went out and bought cards for K to send to the grandparents, they seem to love that shit. In the morning I realized that I had forgotten to do anything for K and D. It probably was about 60% absentmindedness and 40% stubbornness though. Regardless of how I feel I know that they both enjoy holidays of any kind and went out to find a gift or two. For D I went with booze, nothing says I love you more than a man's favorite bourbon, I threw in some chocolate too, just for fun. For K I broke my own rule and found a really cute bear with a heart, which also came with candy. It was irony at it's finest moment but it was cute and soft and I knew she would love it. I ran back home to write and wrap, while I was trying to do ten things at once someone knocked on my door. No one except Fedex and UPS knocks on my door during the day and I had a feeling I was about to get angry. I open the door to a giant box with my name on it. As the blood started to boil I ripped the box open, the only thing worse that overpriced Valentine's Day flowers are dead overpriced Valentine's flowers, I had no choice but to open immediately and put them in water. Then I saw the card. Clever boy that D is, he sent the flowers to me and K, how could I get mad at that? He also send chocolate and the girlie spa stuff I like to collect. Plus he sent tulips, my favorite. I felt like the Grinch as my heart melted and grew three sizes larger. My man received a very clever and loving thank you text (I bothered him enough already!) Then I checked Facebook to find a video on my page: a poem written and recited by K and edited by D. I just sat there crying and shaking my head, this day was getting to me!!

It was also a half day so I didn't have much time, I rushed back to school and fetched K who emerged from her classroom armed with a giant bag full of candy. The huge smile om her face squashed any comment that was about fly out of my mouth. Instead of the usual mom-warning: "no candy!!!" I did the opposite, I took her out for cupcakes. She didn't see that one coming. We enjoyed ridiculously delicious treats made with love by Yummy Cupcakes and brought some home for D who even though claims he's not a fan, inhaled his sweet treat in seconds.

It had also been decided that we would go out to dinner. My only stipulation was that we don't go to a place with a special Valentine's Day dinner. Nothing creeps me out more than a sea of couples, many of whom have been forced there against their will. We settled on a favorite Japanese place but the LA traffic had other ideas. Traveling anywhere was impossible, we ended up stopping at a place that we have passed no less than a million times and never gave a second look. It was open, there was parking and if they knew what was good for them they had sake. Surprisingly we had a wonderful dinner. The food was great, the sake flowed and for dessert: fried ice cream, my absolute all time favorite thing. All in all a perfect dinner. On the way out we were given a perfectly wrapped red rose and chocolate. Even the most jaded of individuals would have to appreciate the serendipitous meal we just enjoyed, and yes, I'm talking about myself here.

I'm not sure if I'm getting sentimental in my age, it might just be another side effect of "all the drama". Whatever the case it was a nice day.

A nice day with candy, flowers and stuffed bears.