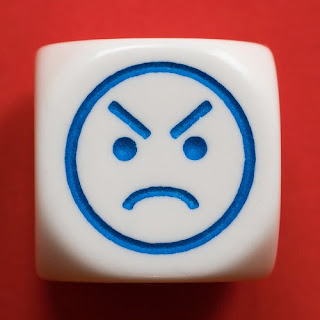 I did something stupid yesterday, actually I do stupid things everyday but I sort of feel bad about this one. After the incident that spawned yesterday's post childhood issues were fresh on my mind. I needed to refocus because D and I were going out with L and the kids were staying with a babysitter. I managed to pull it together and the three of us had a nice dinner at a cute little French restaurant (Lady D was helping a friend with a party). Dinner was was great, we discussed politics and the HCR Bill, which we all agree is a good start, and other grown up issues, it was nice to be sans kids for a change. We kept the evening going with a few drinks at a local bar, only after getting stared down by an old lady for smiling at her husband (he smiled first, I was being polite, I swear!!) it was awesome, she looked like she wanted to kill me. Maybe she heard my assessment of the teabaggers? :)

The discussion turned to my family issues and the problems I have with the way everyone is dealing (or not dealing) with my sister J's daughter A and her complete lack of normal development. I told L about the video I saw and was waiting to see the one where you can hear my dad yelling at them. We discussed what my thoughts were and I opened up a little more about my feelings, sometimes this is easier said over wine (or Maker's Mark in this case). We took the party back to L's house to relieve the babysitter. We continued our discussion, I wanted to show L the video of J's daughter A to get his opinion, he agreed with our assessment that the little girl seems more like a 1 year old than a 3 year old.

Then I watched the second video and heard my father's "rant" which seemed to me was a few unnoticed comments. I sat through yet another video of J and her family clapping for little A as she wandered around the room, oblivious to everything going on around her. They were all completely fixated on the presents that J was opening, not even caring that the kid could have cared less. They all said "Look what I got her!!!" instead of "Why isn't she playing with it?" They all told little A to look at the camera as they each tried to grab a shot, but not one of them wondered why she wouldn't. The three of us sat transfixed in utter disbelief. We all wanted to yell "Please wake up and help this child! Take her to a doctor, Take her to school, take her to the park. Take this child OUT OF THE HOUSE!" but like L always tells me, it would be like yelling at the wind.

It would be a completely different story if A had been assessed by a doctor and was getting help or J was getting the tools she needs to help with her child's development. She clearly is not. My dad says that they have seen a doctor and A was going to some sort of speech therapist once a week. Given what I already know and seeing this video leads me to believe this just another of J's many lies. J's husband can be seen sporadically throughout both videos coming into the room to grab food, taking a picture of his daughter who doesn't look up at all and then yelling about keeping the kid away from the candle. Most of the time he was in another room by himself. Watching this video made me angry again but this time I was angry with my dad. I was angry because he had told me that he went off on them regarding the lack of development and everyone's blind eye on the issue. All I heard was a few comments that were seriously ignored.

I didn't know what to do with the anger and disappointment I felt. While I'm used to feeling this way I am not used to it when it's about my father. I adore him, we speak to each other every single day, sometimes even twice a day. I wish he didn't tell me that he had spoke up, if he hadn't said a word I would have thought hey, at least he had the balls to say anything. I was waiting for the moment when a possible change could occur, I got nothing.

Then I got mad.

Then I did something stupid.

I wrote publicly, on his Facebook page that I was disappointed in his lack of action. I wrote that his daughter was neglecting her child (which seems like abuse to me) in front of him and he's not doing a thing about it. I went on and on about it too. I know that I should have done this privately but I needed him to know how important this was, it wasn't drunk Facebooking either, I was pretty focused and clear in my intentions. Besides the anger I felt was killing me.

In the morning I read his reply asking me to keep stuff like this off his Facebook page (fair enough). I also read his email saying that J told him that she has taken A to doctors, that she is being monitored by some county office and has been evaluated by the school she will be starting sometime in the near future. Of course none of this has been proven, once again everyone will just have to believe that J is telling the truth. I know that I had no right to lash out at my dad. I mean what is he really supposed to do? What is anyone supposed to do besides hope that J is finally getting her act together and taking responsibility for her child. I was going to ask my mother what she thinks but I know where that conversation would lead.

So I wrote this as an apology to my dad, I wanted him to know why I feel like I do and did what I did. It wasn't the best thing to do with my anger but it felt right at the time.

It reminds me of this quote:

“Holding on to anger is like grasping a hot coal with the intent of throwing it at someone else; you are the one who gets burned.”

I didn't want to hold on to the anger but I shouldn't be flinging it around either. It seems like we both got burned this time.

One should always listen to Buddha.

“Better than a thousand hollow words, is one word that brings peace.”