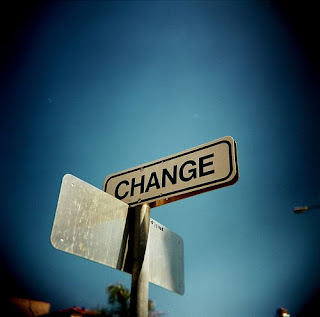 Last week I saw a video of a teabagger throwing money at a guy who was protesting a health care reform protest. Here's Huffington Post's description:

"Got Parkinson's? I do and you might. Thanks for your help," the older man's sign reads. He wandered over toward the anti-reform teabaggers protesting outside the district office of Rep. Mary Jo Kilroy (D-Ohio). The Tea Party's responses, captured on video by the Columbus Dispatch, were unflinchingly callous and cruel.

"If you're looking for a handout, you're in the wrong part of town. Nothing for free. You have to work for everything you get," one teabagger chided, bending over to get in the face of the seated older man. The next Tea Partier dropped a dollar in his face, saying, "Start a pot, I'll pay for you. I'll decide when to give you money," in a mocking tone of voice. After some grumbling about "Communism," an offscreen teabagger yelled, "No more handouts!"

It was disgusting, it was uncalled for and it was wrong. While I understand that a fringe element exists in all parties, the teabaggers seem to have more than their fair share. Watching the Dems pass Health Care Reform tonight was a history making event. D and I sat with K and watched the numbers cheering for each Yay. While we all knew it was coming, seeing all the No votes coming from the Republicans was disappointing. I was hoping for even just one Yay vote. Nope, of course I knew it would never come, not from the "party of No"

Following the vote was the typical Republican rhetoric, it was like watching the losing team after a kindergarten soccer game. Except these children are really nasty. When the Republicans introduced a motion to recommit (or Kill the Bill) Bart Stupak stood up and said that it just an effort to deprive 32 million Americans of health insurance. While that generated applause from the Dems, some of Red Party People yelled at Stupak saying "It's YOUR bill!!!" Once order on the floor was restored someone then yelled "baby killer!" referring to pro life Stupak's agreement to change his vote after Obama offered to sign an executive order to affirm that that no federal funds be used for abortions under the HCR bill.

Clearly the fringe now roam freely in the Congress.

Change is inevitable, you can kick and scream all you want but it's going to happen. I tried so hard not to write about this tonight, hoping to get it all out on Facebook but that "baby killer" comment was just ridiculous.

"This is what change looks like" said Obama earlier, right after his bipartisan health care reform bill was passed solely by Democrats. I might have to look up the definition of bipartisan. The passing of this bill came down to the wire and took concessions by Obama in his own party. I guess nothing's perfect and even small change is still change. Obama might be the very first Clutch Politician, pulling out a win seconds before the game ends.

I'm going back to Facebook now, I want to see how all the fights are progressing. If you go onto my page you will see a quote in the space where you can write something about yourself, mine is quote by Teddy and it's been there a while. It sums up all that I feel tonight:

There is a new wave of change all around us, and if we set our compass true, we will reach our destination.

Peace+Truth+Destiny+Hope+Change
Posted by MicheleB at 9:09 PM