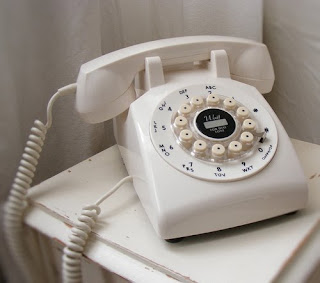 Remember that elementary school (and later camp) game where the first player whispers a phrase or sentence to the next player? Each player then whispers what that player believes he or she heard to the next. The last player reveals the statement to the entire group. Mistakes typically accumulate in the whispers, so the statement announced by the last player differs significantly, and often hysterically, from the initial phrase. I remember playing this game, in fact it was one of my favorites and I loved to be one of the first players just to hear how broken the original sentence had become.

I imagine this game is still popular, it was fun. I witnessed a different version of this game while picking up K today. I was talking to a another mom in K's class (the mom of K's boyfriend, or at least a boy whose name makes my daughter blush, a boy who smells her hair and tells her she's cute). The third grade daughter of the mom came up to her with her friends to tell her that she heard about a girl who died on Friday. I listened as she told her mom the details of the same story I wrote about on Saturday. She heard everything from another girl at school who lived close to the intersection where it all occurred. The mom listened in horror as her daughter repeated all the "facts" of the story. Early, before pickup I talked to A who works in the synagogue that held Julia's memorial service today, she told me about a conversation she had with Julia's grandmother and what her parents said at the crowded service. After that phone call I spoke with two moms I know very well, one is friends with Julia's parents and the other is close friends with the family of the boy who drove the second car, the one that ultimately caused her death.

This is a pretty close community, if something happens here either you know the person or someone who does. Without looking for them, I was armed with the complete details of what happened that day. The news reports and newspapers were close but not at all accurate. The story that the little girl told her mom wasn't even close. I retold the story with the adjustments to the mom when the girls walked away, and while that didn't change the depth of the tragedy it did help in understanding what happened, why no charges were filed and how easily a story can get twisted. It seems like everyone is looking to place blame, and really would that even matter? I was just as angry on Friday when I heard the details of the story, some were true and some were not. The young driver of the second car was not 16, he was closer to 18, and he did not flee. In fact it was not his fault at all, it was indeed an accident and I heard from my friend that he is completely devastated and inconsolable. Again, this doesn't change the outcome of the tragedy but it does make me feel more human about it.

We need to place blame so that we can understand it, deal with it and move on. It's hard to live with unresolved feelings of any kind and feelings of grief are the hardest. I watched today as a 10 year old girl told the facts as she knew them to her mother, to her it didn't matter if they were true or not. In her story there was place for the blame, giving her closure so the thought about this wouldn't scare her every time she crossed a street. I suppose we need some of that, but blaming anyone for this tragedy isn't going to bring Julia back. Everyone involved in this situation would give anything to start the day at 7:00AM again.

I think it's important to get the facts straight because rumors and stories fly around communities like this one and aren't there enough families devastated by what happened?

“At such a time of grief, what can we say to give comfort to those who mourn? In truth, there are no words that can explain or any statement that can ease the sense of loss. Let’s then give voice to the depth of our pain. That it is unfair, that it hurts so much to have lived with hope and now to go home without it,” he said.

“Do not attempt to give meaning to this tragedy. Do not explain that it was God’s will, or that it is for the best, or that the good die young, or that there is some kind of purpose to this, because I think those phrases make a mockery of the hurt we feel. Instead say only this. You are not alone. We love you. Your pain breaks my heart. Please know I will be there for you.”

Sometimes there are no answers. Sometimes we have to live with the pain of loss until it's played it's course. Rabbi Feinstein said this to a room full of 13 year-old children. I hope to god my child never has to deal with this. How does a child get over something like this? They are far too young to deal with the loss of a friend. I love the truth in his words but children are not ready for this kind of pain. They need the telephone game, they need to have closure like my friend's 10 year old daughter. I had to tell K what happened because I wanted her to hear it from me and not from a schoolmate, I told her the facts in a way that that helped her understand what happened. We talked about for a while, when she asked why I was crying and I told her the thought of anything happening to her makes me cry. She told me she would be extra careful now because she doesn't like when I cry (of course, this made the tears flow). When we were done, she seemed to understand, as much as a 6 year old could understand something like that. A few hours later she came up to me and said "but whose fault was it?" telling her that it wasn't the kind of thing you just blame on a person didn't really register. I told her that it was the car's fault and she seemed OK with it.

It was my own version of whispering the fear away from her, our own private game of telephone. While the outcome wasn't funny like the telephone games of my childhood it wasn't scary.

For this time we both win.
Posted by MicheleB at 5:40 PM