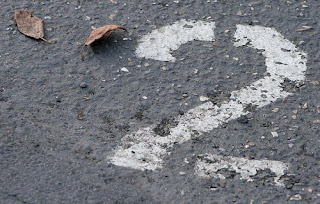 I really thought that I had put most of my road rage behind me. Sure, I get the occasional angst now and then but nothing like before. Until yesterday. I should reset my drama-counter over this one!

It started out fine. D and I had K's parent/teacher conference at 2:30 (she rocked BTW, 4s across the board, except on the concentration department, oops) then her 6 year check up (even though K turned 6 in November I won't schedule a well-child visit in the middle of cold and flu season, a good lesson learned the hard way). She rocked that too, she totally amused the nurse and our poor doctor who seemed to enjoy the examination as well as the inquisition that came with it. He liked her spirit and I asked if it was just ADD (like I always do), he assured me that she's fine. Just needs a little focus, he suggested karate. Like I need a kicking six year old.

After that K had a 5:30 audition in the Valley, usually an hour trip for us but I had extra time, I like to be early. As soon as I got on the freeway, I freaked it was not moving! I called D who was in the traffic ahead of us for help. It wasn't good he said, even the 405 on ramp was jammed, I was going to have to drive through Hollywood and grab the 101. Crap. I hate mid-game substitutions! I used the iPhone to map it and hoped my GPS would pick up the new route (it's kind of old and gets pissed off). Yes, I am that insane that I need a multitude of directions. I also called K's agent to please call ahead for me and let them know. Not only do I like to be prompt I like to be polite. She assured me that they were going until 6:15 and I should be fine. OK, I felt a little better, I now had more time and K was asleep, which meant I could take off her Kindie rock and put on my Indie rock. Traffic all over was awful but I wasn't as stressed. Somehow I made it there by 5:35 and got a spot right in front, only 5 minutes late, cool! We ran to the entrance and entered a room PACKED with little girls. WTF? Not only did I worry for nothing but they hadn't even started yet! Inhaled, exhaled and found a friend with a daughter that K loves. We then spent the next 90 minutes (so not kidding) hanging on the floor and complaining about traffic. Every single person in there was late, and when they started seeing the girls we all laughed at how incredibly unorganized they were. Usually one of will step in to help but we didn't even care at this point. None of us were in any hurry to get back into the car. They finally called K and her friend, they were in for a while and came out with cookies (it was a Keebler audition) we were happy because at least they got some food.

I called D and said I would meet him at his office so we can have dinner, K and I were starving, it was at this point that I realized I probably ate nothing the whole day. We raced back, well, not exactly raced but at least we were moving. While I was driving through Hollywood K decided to start complaining about a girl at school, a girl she ALWAYS complains about yet runs to in the morning, clearly a sore spot for me. All of this was getting to me, the crosstown traffic and construction was getting to me and dull pain in my head was getting to me. Driving down Vine (of Hollywood and Vine fame) I almost crashed into a parked car when the street suddenly went from two lanes to one. I simply could not focus. As I turned the corner to meet D, I drove over a curb (embarrassing) pulled into a spot, hurled myself out of the car and threw the keys to D proclaiming loudly that I was done driving for the night. We had dinner, or we went to dinner, our food took over 30 minutes to arrive which set me off even more. I was delirious, tired, hungry, cranky, headachey and freezing (actual shivers). Once my food arrived I felt a little better. We left D's car there and he drove us all home. When I woke this morning I felt hung over and exhausted. I also needed to get D back to his office where his car was. We both took K to school and had a nice drive, got some coffee and kissed goodbye. Thankfully there was no morning traffic back to the Westside.

I came home, chilled and looked up hypoglycemia, which I had as a child. I had ten out of twelve symptoms, as far as I knew I had no seizure and was not comatose. I've had days where I don't eat, but I never ended up almost wrecking my car because my brain was fried. I was not proud of myself or my behavior and I sure as hell wasn't going to be skipping meals any time soon. I freaked out over sitting in traffic and being late and then sat in a room for 90 minutes. I can only imagine what would have happened if I got back into my car after 9 minutes. I really should thank the pathetically unorganized casting people for calming me down enough to get back into my car and arrive at my destination relatively unscathed.

Today I got a call from K's agent that started "K has a callback today at 5:30" I replied with "Oh hell no!!!" the poor new intern was a little surprised "but it's a callback" she said. I told her that I could not go back into that traffic two days in a row, not even for Keebler "Oh it's for Old Navy," she said. In Santa Monica? Oh no problem! I also knew that K's best bud N would be there as well. I texted N's mom AH and we agreed to meet early so the girls can play. I left the same exact time as yesterday and by 4:30 was sipping a latte one hour early for the callback. As we got up to leave I got a call from the agent letting me know that the Old Navy casting was running late and K's new time was 6:15. Of course it was. We sat back down and let the girls play some more.

At least I wasn't in traffic, I was enjoying time with a friend while our daughter's played happily. I really have no reason to complain AH lives 100 miles away and makes this commute often as N works a lot. She never complains, freaks out or has near misses with her car. She is calm and relaxed every time I see her, N is too. Interesting, I freak out and my daughter most likely pays the price. Next time traffic is horrendous I promise not to freak out (I mean it this time) I will remain calm. If we're late, we're late. Who cares anyway? There are so many auditions and we go to most of them. My mood has to effect K negatively, just as her bad mood effects me.

Tomorrow K has 2 auditions and we will have D with us which will help tremendously. We will go, not in our scheduled time slot, but when it fits our schedule. I keep forgetting that K is the boss here, the agents work for her. When she tells me to relax, I need to listen she's my boss too and I don't want to piss her off. I'm sure I do that enough.

I am really hoping that this story does not end in a trilogy.
Posted by MicheleB at 3:28 PM