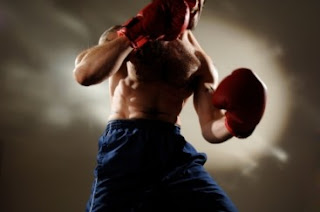 I suppose after the week we had it would be expected but no, we had a lovely day today. D took K to her piano lesson and left me unusually asleep this morning. Since I took too many rides on the emotional roller coaster this week I needed a little help in the sleep department (which in a normal week pathetic) I took half of what I was supposed to take and was unconscious for hours. While I am grateful for the sleep I don't like waking up tired, that seems ridiculous to me. In a usual night I get maybe 4 hours sleep, wake up and go on about my day. This morning I draaaaaaaaaaaaaaaagged my tired bum out of bed and took hours to fully awake. After D and K came home we went down to the strand in Santa Monica to have K practice on her Heelys (which I do not like BTW) we had lunch at our favorite burger place (not the one I wrote about this week) Big Deans, if you are ever visiting the Santa Monica Pier please go to this place, it's a local-only place, but if you're a tourist I'm sure they'll still treat you right. We did some shopping and then came home, and I fell asleep. Seriously, I do better with no sleep than with too much. In a world of normal I will always be the exception.

Lacking in the babysitter department means that either we take K with us or find other couples with the same situation. Tonight we went out with a colleague of D's, his wife and daughter, who, as luck would have it, is the same age as K. It was perfect, the girls entertained themselves by shooting edamame across the table and sharing stories of whatever six year olds find interesting. We were left to have grown up conversations, pausing briefly to tell the girls to please keep the green bullets confined to our table. It was nice to be out with people I don't really know who parent their child in the exact same fashion we do. We took the girls for Pinkberry, since we were there I thought it rude not to indulge, especially since they have a new flavor, Mango. So much for my carb free weekend. Whatevs.

Even the ride home was nice, K falling asleep in the back while D and I held hands laughing at something stupid. If this week had happened a year ago the ride home would have been anything but enjoyable. The evening would have full of me yelling at K for not listening, not eating, talking too much and especially making rockets out of edamame. The ride would have gone something like this: my lips curled, arms crossed and brow furrowed being pissed off at the events of the week, K asleep (some things are constant) and D, hoping and praying that I use the silent treatment instead of yelling. What a difference a year makes. We even laughed when K made a joke about the size of her food today, reminding us both of the incident I said I would not bring up. We laughed about it. We have come a long way, that's for sure. Even at Pinkberry our attitudes were different. Instead of yelling at K for being loud and rolling around the floor, we just laughed and continued our conversation. Right now as I'm writing this D is patiently waiting for me, amusing himself on his computer until I'm finished. Last year we would have been at opposite ends of the room not really caring what the other was doing. Now I am rushing through this so we can spend some "making up for lost" time together. The thought of this makes me smile when it would have made my eyes roll way back into my head.

So while I wrote that Saturday Night's Alright for Fighting, it really would have been Saturday Night's Alright for ignoring because that's what we used to do. We occupied the same space but didn't live in it together. We had meals together but never shared them. We even had date nights on the rare occasion we could secure a babysitter but never enjoyed them. Things are different now. Even tonight's meal shared with another family was fun, before it was something we did, just because we had to, I would have inane conversations and drink too much while D probably did the same only with less alcohol. I felt D with me tonight even though we didn't sit near each other. As I write this I am looking over at him on his computer and smiling, not hoping that he would just go to bed. When he tells me what he would like to do when I'm done, I smile and even flirt back instead of thinking of an excuse.

I used to be happy that we had no family or regular babysitter (well, I'm still sort of happy about the family part) going out alone with D was difficult, it was forced and sometimes uncomfortable. I'm not saying it was like that all the time but for the most part, neither of us acted like our true selves. D would do all the things he thought I would like and I would pretend that it was fun. Now I can't wait to be out with him alone, to talk freely and openly not worrying about the judgement I usually felt. Just like D can now take me out without the pressure of trying to make me happy. Our presence alone will satisfy that, something neither of us has felt in a long time.

It's strange because the problems that we've had regarding D's mom might have driven us apart over the years but realizing them and confronting them has actually brought us closer together. I'm not sure if her goal (intentional or not) was to rip us apart, and I really don't care. It's brought us to a place that we never thought we'd be able to find again, and we're not even close to our final destination. We are both fully aware of the road that leads to home may be full of speed bumps but this time we are taking the trip together. We aren't using separate cars like we often did in the past.

As you all know I will absolutely NOT apologize to my MIL for my retaliation of the war crimes she committed, defending myself is not reason for such an act. I may have to thank her though, for bringing D and I to a place of love and trust and peace and happiness.

Can you imagine? We managed to find good in the evil, to find love amongst the hate, we were able to turn to each other rather than against each other. Sometimes when you start a war unexpected allies form an allegiance that cannot be broken. So to my MIL I say thank you. Thank you for bringing me back home and bring the man I love back home to me. Not quite what she had in mind but something D and I will be happy to accept. Maybe one day she will accept it as well. We'll probably be too happy to even notice.

Saturday Night's Alright for lots of things, fighting doesn't have to be one of them.