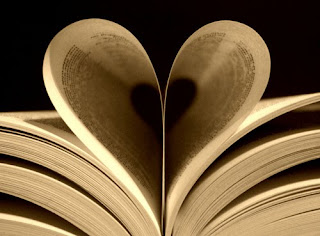 I just read the most incredible story this morning: A woman named Grace Groner, who passed away at the age of 100 in January, had donated $7 million to her alma mater, Lake Forest College in Illinois. Given today's economic climate that is a pretty generous gift and a huge amount of money for the small liberal arts college. That's nothing when you hear Grace's story:

Orphaned at age 12 Groner and her twin sister were taken in by a family friend who raised the girls and paid for them to attend Lake Forest College. After graduation Groner took a secretarial job at nearby Abbott Laboratories where she remained for 43 years. In 1935 she made a bold financial move and bought three $60 shares of specially issued Abbott stock and never sold them. Over the next seven decades the shares split over and over again, Groner also reinvested the dividends turning her initial investment into a fortune. For years she lived in a small apartment until she was willed a tiny one bedroom house (in a modest neighborhood) by a friend. Apparently the house had very little in it and a giant television that was decades old. She never married, had no children and never even bought a car as she preferred to walk. She stayed connected with Lake Forest and attended football games and campus events throughout the years. Her one big splurge seems to be a scholarship program she set up with $180,000.

After her retirement she did an extensive amount of traveling did a large amount of volunteering and donated anonymously to needy families. She wanted to do more with her money so two years ago she set up a foundation for the school to receive her estate. Upon her death the foundation set up by Grace Groner will enable many of Lake Forest's students to pursue internships and foreign study programs they would never have had the opportunity to pursue. The foundation was not the end of Grace Groner's legacy. She also left her tiny house to the college. It is currently being turned into living quarters for women who receive foundation scholarships. More than that, her modest home now called Grace's Cottage will be an enduring symbol of what a fortunes real value can be.

I was so moved by Grace's story, I don't think a woman has ever been named so perfectly. This was a woman who lived life her way. The only person who knew of her fortune was her attorney and longtime friend William Marlatt who said of Grace "She did not have the material needs that other people have, she enjoyed people, and every friend she had, was a friend for who she was. They weren't friends for what she had." I bet we've all passed people like this before and never knew it. Grace was the epitome of how we should all live our lives, and she is also a perfect example of not judging a book by it's cover.

We've all been falsely accused based on appearance, I know because I have been on both ends of this. When I first met Started Husband's dad he thought for sure I was a gold-digging Catholic girl, pretending to be Jewish to get to their "vast fortune" (no this isn't a joke) after a while he dropped the non-Jew thing. I introduced him to my dad a few months later, and soon after that my dad invited the whole family, who lived on Long Island, to dinner at his apartment in NYC. As soon as they stepped through the door the gold-digger title was dropped, and this man did all he could to make sure his son married me. All of a sudden I was a nice Jewish girl from a good family. That was a good one, I do not miss Starter Husband's dad at all, who had no fortune, BTW.

Years ago my father, a successful business owner who usually wore suits 24/7, went into a Jaguar dealer one Saturday. I think he had just come from the garden supply place that day as h was dressed for planting, anyway, he knew what he wanted and needed to get the process over with quickly. The young sales guy he approached ignored him and said he was busy. My dad told him he didn't need much time, he just wanted to go over a few numbers. Nope, the young guy didn't care. My dad went out to the lot, found an older sales guy who gave him the information he needed and he bought the car on the spot. The young guy was pissed off but couldn't say a word.

It's everything isn't it? I do my best not to judge anyone based on appearance (like judging for any reason is OK) but it's hard. Sometimes I wear clothing that's kind of out there, but I like it. While I could care less what people think, it bugs me that they would judge me because of a wardrobe decision. I live on the Westside of Los Angeles there are a lot of wealthy people here and there are a lot of people who are not. I see women with beautiful designer clothing, shoes and purses, I also see women wearing ripped sweats and dirty clothes, who am I to say which is which. How would I even know? I wear $200 jeans and cashmere sweaters, I carry designer purses and dress my daughter in high end designer kids clothing. If you saw me which category would you put me? The truth about my clothes? Discount/Resale and online sample sales. My daughter? She does modeling jobs sometimes where she gets clothing instead of money. The other day K wore a beautiful designer outfit that retails for $300, all the moms loved it and knew where it came from. What they didn't know was that I didn't pay a cent for it, she posed for a few minutes and it was hers.

Truthfully, I don't care which category someone puts me into, it doesn't change who or what I am. If it makes someone feel better to think I am a wealthy Westside mom, great. I know what I am and what I want to be. I dress the way I do for the most part because I like too, I like nice things. I don't think I would put myself into debt for them but if I don't have to and still get what I want I'll do it.

I'm sure if people around here walked pass Grace Groner and her rummage sale clothing (yes, that's where she shopped) they wouldn't think twice about her. In fact they'd probably wonder what she's doing here. Reading her story is a great reminder about books and their deceptive covers. Once when I worked in a NY television studio I yelled at some guy who was using my office phone, he was a mess and I thought he was delivery guy. He turned around and it was Jerry Orbach who was filming Law & Order upstairs and was looking for his driver to take him home. It's not like I'm not guilty of doing this, this was years ago and since then I've tried to be better.

So Grace, thanks for reminding me to stop judging (again), and thanks for being a real beacon of hope in a time of despair. Thanks for showing us the true meaning about judging a book by it's cover, even though I have a feeling that your book jacket was just as beautiful as the words inside.

But really I want to thank you Grace Groner, for showing the world it doesn't matter what you have, it's what you do with it.
Posted by MicheleB at 11:27 AM