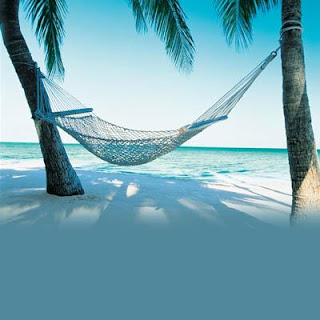 Ah, Sundays. Sleeping in, relaxing, taking it slow and easy, enjoying the day. Yeah, right. Not in my house. Sundays during football season are generally welcomed chaos, we live for the game and the friends that join us in watching. That accounts for 21 out of the 52. The rest should be spent indulging in laziness or making up excuses for not cleaning. I never get those kind of Sundays, I do however, find any excuse not to clean.

Today almost looked like it might have been headed in that direction: we had no plans, no parties and we were all wiped out from a full week. Then last night D had computer problems (yet again) and he gave me that "yup, I'm going in to work tomorrow" look. Fine, I would just hang with K, no baking though, every day brings me closer to swimsuit season, Daylight Savings Time is like the official Summer is coming warning. I told her we could go to the Japanese supermarket we both love to load up school snacks and buy the Japanese Pepper D discovered last night at dinner. We were about to watch a cooking show when I got a call from D:

D: So are you guys, uh, going to the store soon?
M: Not right now, what did you forget?
D: My briefcase.
M: The one with the laptop? Give me ten minutes and we'll take off.

Then it was a few minutes of conversation about how we didn't have to rush, blah, blah, blah. Whatever, I need a fire under my bum to get me out of the house anyway, it was a beautiful day, we needed to be out to get our Vitamin D. I did my best to put myself together, a low cut shirt and push up bra made it appear that I put in some effort and off we went. Dropped off D's laptop after a quick hello and off we went to Mitsuwa an amazing Japanese supermarket that K and I could spend hours inside. I'm never exactly sure where it is and was thrilled when I found it without my GPS or iPhone. Once inside the store my little blond child becomes a celebrity, I don't know what it is but whenever we go there every single person in the store comes up to her to tell her she's adorable, asks her what she likes and gives her food. She pretends to be shy but she loves it. She dances in the aisles to the bad 80s music they play and tells everyone she loves sushi and can speak Japanese. She gives them her best "konnichiwa," "sayonara" and "arigato" and then they show us the best cookies to get. We leave with bags full of seaweed, mochi, shumai, Pocky (K's favorite) cute candies adorned with little bears and hello kitty and tons more stuff we don't need but cannot live without. I found D's japanese pepper and I bought some kind of cookie-type thing called Salty, I had no idea what it was but from the package it looked like a cookie and had a picture of a caramel next to it, a salty cookie? The answer to my PMS prayers and it was low carb (somehow that was in english). We also bought a bunch of this soup mix that they kept giving K samples of, she loved it and had like 3 little bowls.

We went home and K begged me for more of the soup, I happily obliged and made her a giant bowl. She sat down to eat and after a few seconds declared that she didn't like it, the one in the store was different. I saw them make it, add water and microwave, no different than what I did. Nope, it was different, she didn't like it, the store had a better microwave. This is my everyday with K, I wasn't really surprised, at least now D has some lunch for the week.

It was around the same time that D was done with work and headed home. Cool, I needed some rest. Rest is for the lucky, K wanted to ride her Heelys (I hate those dumb Heelys). Since we went to the beach yesterday we took her to 3rd Street so she could wheel around the Promenade and we could walk around without the worry of her wheeling into a car. Today was beautiful and 3d Street was packed, we walked (and wheeled) for hours, stopping for lattes and cupcakes, another necessary item for K who insisted she LOVES red velvet cupcakes but took one bite and said not this one though. More wheeling and shopping and dodging pedestrians. Shopping with D is a little different now that I've lost some weight, I feel better about my body and have been dressing in a way that shows just that. D is thrilled and will gladly pick out things for me to try on. I found some cute jeans in a size I wore when I was 16, I knew that there was no way they were going fit but I tried them on anyway. I am happy to say that I got them on, breathing in them was another story. I have a new goal this week, to get into them next Sunday, I don't even want to buy them, I just want to fit into them better. It's good to have a goal.

We did this a few times, D tried on clothing and I made sure K didn't wipe out and then we switched. I tried on so much clothing today my arms actually hurt. I am not kidding.

By the time we came home it was dinner time, we had completely forgotten about the time change, the daylight threw us off. Of course K would not finish her soup so I made her and D something else for dinner, did some computer work and a bunch of texting to A. Then I realized I hadn't posted anything here, while I was tempted to take a day off I've written everyday since I started this and wanted to keep it that way. So here it is almost 11PM and I have not taken a second to just relax.

Looking back on the day, I really didn't do too much but have been in a constant state of movement since I dragged my bum out of bed this morning. I desperately long for a day spent in the hammock like in the picture above. I know though, that after about 5 minutes I would be completely bored and would have to find something else to do. It's almost bedtime and I'm pretty tired but I have a feeling it will be a while before I actually get to sleep, D just took a shower :)

It's cool, I'll rest Monday. Yeah right. I already know that K has 2 auditions tomorrow, one close and one in Hollywood, plus all the usual stuff I do on Monday.

"Life moves pretty fast. If you don't stop and look around once in a while, you could miss it."