To Err is human, to forgive is...actually pretty tough for me. 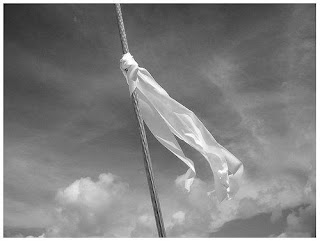 That's not exactly true, I have plenty of forgiveness in me when I feel that there's been something learned. I've been on both sides of this fence and I am grateful to those who have forgiven my actions in the past. Learning and growing from mistakes is a good thing so while it sucks it also helps.

I've often written about my MIL (mother-in-law) and while I've never gone into specifics, it's pretty obvious that we do not get along, and while I realize that this is a global phenomenon, in my house it's a hot button issue.

Back story:
When I met D's mom about 10 years ago, she was nice to me, we seemed to both enjoy dining out and shopping and we bonded over that. I was probably very different from the girls D usually dated growing up in a small town (realllllllly small). I was a newly divorced Jewish girl from New York, self reliant, self sufficient, open and honest to a fault which meant I usually said what was on my mind. D's mom was a small town woman who still lived in the house her own parents had built. She ran a small business, rarely left her own TMZ yet she seemed to enjoy traveling, she spent long weekends in San Francisco to shop and explore restaurants. We were completely different but both loved her son dearly. When we did spend time together she would make a comment here and there that would seem strange to me but not enough to worry. When my label changed from girlfriend to fiancé the comments went from strange to "did she just say that?" again, no worries, D didn't even bat an eyelash so I figured it was one of those things. Sometime after our engagement she closed up her business and started going to church regularly. After the wedding the comments got worse, I was batting eyelashes and flinching all over the place. After K was born I knew I was knee deep in some sort of situation but when I brought it up to D he looked at me like I had three heads.

Well like it always does, time went by, months turned into years, K went from infant to toddler to preschooler and the comments got personal. About a year and a half ago it wasn't a comment it was an action, while trying to adhere to Dr. Phil's "not about the facts" rule I won't mention it, let's just say it was mean, hurtful and thoughtless (I would have said malicious and spiteful but D thinks this is not the case). It was also the first time that D saw my side of this, the first time that he went to her and told her that she was wrong. She did not like that. After that it was all downhill. My reaction to her was strong, a full-on physical jolt that did not feel good. I had been holding in these feelings for so long and having D see it from my view was monumental. After that the comments and actions got worse but I had opened the line of communication with D so coming to him was going to be easier. It wasn't. In fact it got worse, anytime I brought up something related to her D would get mad, you just hate her and another thing wrong with my mother are phrases that I never need to hear again.

Right before this summer we started seeing Dr. Phil (our therapist/marriage counselor/relationship guru). I felt safe in there letting things out, things that had been buried for years, things that alone made it seem like I just didn't like D's mom, but together showed a pattern of bad behavior, we were making progress and doing the work.

The Christmas Incident: After years of this "abuse" I was no longer quiet, in fact I was quite loud, and although I did not like visiting my MIL D wanted to spend Christmas with her. I felt I was in no position to say no, so off we went. When we go up there we stay in a hotel, her house is too small, too uncomfortable and too full of cats. We arrived late on Tuesday and didn't go to her house until the morning. We were there about five minutes when she brought up a holiday meal she had planned, four steaks that would be just perfect, a baby one for K, a medium one for Grandma, a big one for D and then another one for whoever was left. WTF? I was right there. It was typical of the comments she would make to me. D got a little irritated and I just stood there, either I could keep my composure and remain quiet or I could unleash the blind rage building inside me. I decided to do my best "satya" breathe in, breathe out, relax. It worked. Until I was alone with D. Then I unleashed the fury, years of hurt came pouring out of my body. D finally got it. I aired my grievance story, and was hoping to leave it there. We stayed until after Christmas, it was uncomfortable, but we managed. K was also really sick and my attention shifted to my child, whose side I rarely left.

So there it is, the Christmas Incident, not a huge story but it's what D calls the straw that killed the camel who was then set on fire.

I haven't spoken to her since. In fact I put a ban on discussing anything related to her. I wanted D and I to heal without her presence in our relationship. It worked, things moved forward at a nice pace, while it wasn't perfect other issues were able to come to the surface and we've been tackling that. On Monday I received a long email from her. I am still processing all the information in it. I am not yet ready to reply, D sent his reply and I was impressed by the voice he used. We brought it to Dr. Phil today. It's now up to me to decide how to proceed with the relationship. Dr. Phil is a strong proponent of Fredric Luskin and his theories on forgiveness. I need to decide if I can forgive her, give up my grievance story and go on. Forgiveness here does not mean what she did was OK (it isn't) or that it is in any way condoned (it is not). He explains that "peace and understanding that come from blaming that which has hurt you less, taking the life experience less personally, and changing your grievance story." Change my grievance story to a forgiveness story? If this had happened a year ago I would say hell no, screw her, let her rot in hell. The wisdom I have gained this past year has made it so that is not my initial reaction. The feelings I have for D have also now shifted, last year I was angry with him, it didn't matter why, I was just angry. I am not angry anymore. I have permanently branded myself with Peace, Truth and Destiny because that's how I want to live my life. I will be adding Hope and maybe when all of this is finished, Serenity.

So it comes down to me. Am I ready to forgive my MIL? Probably not, but I'm carrying around a grievance story that I started writing when I was around the age of my young daughter. This book is heavy and lugging it around is exhausting. Wouldn't it be nice to get rid of those chapters starring my mother, stepfather, aunts, uncles and grandparents who did nothing to protect me as a child? To all the others who hold no importance in my life but somehow still linger?

So they say to err is human, to forgive divine.

I can live with divine.
Posted by MicheleB at 4:47 PM