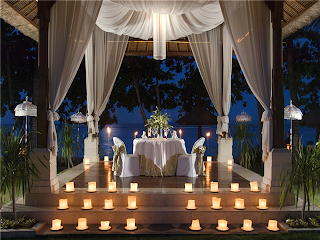 I think it's funny when they call a night out with your spouse a "date." We don't have too many of them around here, as I've mentioned before we have no family living close by and I don't trust many people with K. We have to either be creative or I have to allow for more sleepovers. Since I don't trust other parents those don't happen too often. I trust m bestie A implicitly and when the subject came up on on Thursday I agreed, for K and for D, I know he wanted some alone time with me.

It was a busy day too, K had karate at 10AM and then piano at 1PM, we came home and had a nice lunch together, made some cookies for K to bring along and then packed her up. She barely said goodbye to us, clearly she's not one of those kids that has issues with separation (like her mama). D and I stayed a while with A and her husband J but it clear that K wanted up out. We took off and had no idea what to do. Dinner was going to be at 8:30, I told D he should check out the brand new TJ Maxx that had just opened. It was close to A's house and if we went without K the damage could be kept at a minimum. I really wanted D to go and find some cool things, I always score at these stores and I was hoping he would to. I showed him the high end stuff in the women's department, not that I needed or wanted anything, I just wanted to show him how awesome the deals were. We lingered in that section long enough for D to find a cute dress (in a size 0) and these super cute jeans. He begged me to try both on, the jeans were actually in a bigger size so no problem there, the dress, uh sorry, size 0, really? He had to wait outside, they didn't want us in the room together (probably a good idea) I put the dress on first and shock of all shocks, it fit!! I didn't love it but almost bought it just because I could!! D liked it, it was a little small around the uh, chest area, but that could have been due to my undergarment. Anyway, I didn't really need it, I already have a collection of dresses waiting to be taken out so I moved on to the jeans, they were cute, I walked out to show D and by the smile on his face I knew he liked them. He insisted I not only get them but I also was to wear them on our "date." Cool. It made getting ready so much easier.

We finally made it up to the men's department and D was not impressed, I had to agree, it was pretty boring. He was happy to buy me some new pants though. We came home, made some mojitos and took our time getting ready. We were early but were seated right away. It was fun to be out with my man wearing new clothes, we held hands and enjoyed each other's company. It was a date! After dinner we thought about where to go, there was a cool bar I wanted to try and it was close. After driving around for a while looking for parking we gave up. I had another place I wanted to try. That place had better parking, we liked it already. The bar was awesome and there was live music, score. We found some seats at the end of the bar and ordered a few drinks and an olive plate, a favorite. It was great, the music was cool and the people didn't suck, always a plus. We took the same "date" vibe with us and had a lovely time. It was nice to be out like this again. I finally got why they call it "date night."

It felt like the night was just about D and I, sure we talked about K but mostly we just talked. We were M and D out for the night, alone. We were also M and D coming home to a house with a kid at a sleepover. I won't write about that, I will say it was awesome.