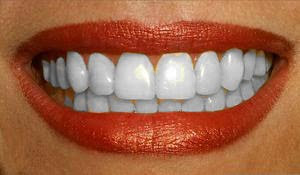 I went back to the dentist today, usually that would be followed by a :( but today it can be a ! I finally got the temp thing replaced by the permanent one and it feels so much better. Last week when they had to cancel my appointment I was bummed. I got a call on Friday letting me know there was a cancellation and I could come in on Tuesday, cool, I figured I would drop K off with D and not have to worry, I'd just have to drive to Hollywood and then again to get her. On Monday I got an email from one of K's friend's mom, she wanted to know if I could drop K off for a playdate. Perfect, their house was on the way to my dentist, I dropped her off and told her I'd be back at 2:00PM

I thought this appointment would be quick and I'd have time to get a latte and maybe do some shopping, I mean why not, K was occupied right? I got to the office early and had to wait, glad I brought my book. Then I waited some more. When he finally entered the room I was half asleep. He immediately went to work without the Novocaine, I preferred not to have it unless it was necessary, last time it made me feel awful when it wore off. He fitted and tweaked for over an hour until he was sure the fit was right and then he made sure some more. Usually I just do whatever it takes to get out regardless of the outcome. This time I wanted to make sure it was perfect and I didn't just say it felt perfect when it wasn't. Even the dentist was surprised.

I guess when you finally get over a fear it takes you to the opposite end of that spectrum. I am now obsessed with teeth and have already made an appointment for my next cleaning. The dreams about teeth falling out and being ambushed to see a dentist have stopped. The anxiety I had when I saw the dentist's number on my caller ID is now gone, and I actually return the calls when I get them. Shocker.

This applies to other areas as well. I never liked dropping K off at playdates, especially when it was with the nanny but I realized that wasn't fair to K who wasn't able to do the things she wanted because of my paranoia. Even when the worst does happen: The very first time I dropped K off at a birthday party I was a wreck, we left her at her friend E's house and the parents took the kids horseback riding. I had to sign a waiver stating I would not sue if she fell of the horse. Awesome. After the ride they were going to dinner and K would be dropped off at home. I waited all day for a phone call, I had a feeling that something bad was going to happen. I never got a call. When the party was over and E's mom brought K home she told us that K had fallen on a table during dinner and her mouth was bleeding, they put ice on it and she was OK. I looked at saw her gum was red and she said her tooth hurt. Crap. I knew, just knew that her tooth was fractured and that it would eventually start to turn blue. This would freak any mom out, for sure, for me it freaked me out for a number of reasons. First, I hate to think that my child was in pain, second, I knew this would happen if I let her go somewhere without me and third, she's a model, she cannot have a blue tooth. What happened? Her tooth felt better in a few days, the tooth did turn blue because it was fractured, no real harm was done and she still booked jobs. The tooth is now back to normal and I don't freak out when dropping her off somewhere.

I guess all my phobias are somehow related to teeth.

K and I can both say cheese now.
Posted by MicheleB at 7:42 PM