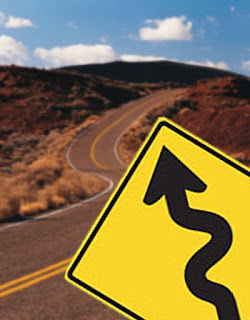 The other day when I was picking K up from hip hop a few of the moms were chit chatting while we waited. One of them KH is a mom I knew from last year and one of the "cool' ones, our daughters are friends and I like hanging with her. She told me that she saw something earlier in the week that was so sweet and I was part of it. She said she saw D at pickup on Tuesday and then she saw me getting out of my car to greet him. She said the she could tell how glad I was to see him and then we joined hands and walked off together. She told me it was like a scene straight out of a movie and it made her happy. Happy to know that there were people out there that were actually happy and in love. Then another friend told her she should see the messages we leave for each other on Facebook. They they all made fun of me. It was sweet.

It's been a really long journey to get to be the romantic inspiration for a friend. I told her it took a lot to get there but it was worth it.

The moment that KH witnessed happened on my birthday, this past Tuesday. I was early picking up K (like always) and was in my car reading a book, I looked up and saw D walking towards me. He had tried to come home early so we could go together but he had too much to do. No biggie, I was going to take K to karate and then maybe grab a treat. Anyway he managed slip out early and meet me and I was thrilled to see him. This was obvious to D and KH who saw us greet each other. I think I said something like "What are you doing here?" but in a good way, last year it might have sounded more like "what are you doing here?"

The road to happiness is full of bumps and detours and there are no rest stops. Sometimes the road has been washed out from the rain and it takes a keen driver to stay on track. There were times in the past when I wanted to cut left and double back to the main road but I remained focused, took some deep breaths and continued. D did the same. We don't always drive the same speed but at least we're both still on the road and driving in the same direction. Did I kill that metaphor or what?

I always wanted to be part of that couple, you know the one I mean, that really great couple that everyone loves and always wants to be around. The couple that puts everyone at ease no matter where they are. Not the fake plastic kind but the real kind that laugh and make fun of each other in a loving way. I think we were that couple a long time ago but somehow passed each other on that road. I'm so glad we met up again, I hate driving alone.

I went into my bedroom earlier to write today's blog and relax while D and K watched a movie but I fell asleep curled up around my laptop. This is a big thing for me. I am a terminal insomniac, suffering with sleep issues my whole life. The thoughts in my head never stop long enough for me to relax. Today before I fell asleep I thought about what KH said and it made me happy, happy enough to relax and drift off to sleep. When I finally woke up it was to the laughing of K and D and I realized how happy they made me. How happy I was to have my D back.

This is a love letter of sorts, to my leading man.