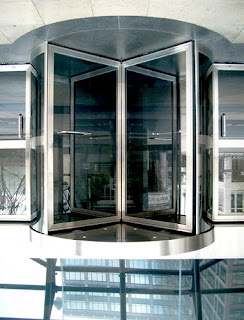 This is going to sound like one of my dad's blog posts, a rambling rant of my crappy day. Sorry. It didn't start off that way, I managed to get in a few errands before picking K up from school. She had a casting at 4PM, usually I would have picked her up early from hip hop but it was the last class so I let he stay for all of it. As soon as it was over we ran to the car, it was now 3PM and we needed to get to Hollywood in an hour. Not usually a big deal but I knew parking might be a problem, 60 minutes was really plenty of time to get there. Unless the traffic sucked. It sucked. It was awful, as soon as I got on the 10 it became a parking lot. Crap. I got off immediately and looked for a decent street to take across town. There was no such street, all the roads were jammed. Oh well, we'll just be late, it was so annoying!! I finally made it to the casting and I found a spot around the corner. We were met in the lobby (casting was in a hotel suite) and were told to wait. While we waited a bunch of other kids showed up. Great, I knew they had no sign in sheet and K would not be first in like she should have been. Whatever. I texted A and let her know we were going to be late, we had a scheduled playdate/dinner planned.

They finally came to gather us and of course didn't care about the first come first served rule. We were lined up in the hall with some other people that were already up there. They took the kids in 5 at a time and wanted parents to come as well (K usually rolls solo but they wanted everyone in the room). They met each kid individually and asked questions, they wanted to learn about each kid, that was cool. Until they got to my kid, they asked her age and if she had siblings, that's it. Clearly they weren't interested in her look (which is fine) and treated her as such (which is absolutely NOT fine). It was hard for me to keep quiet but I managed for the sake of the kids in the room. Then they sent us back to the hallway and told us to wait. A few minutes later they called 4 out of the 5 kids and gave them back their headshots and basically said "thanks but no thanks." I was floored, I had never seen anything like that. Again I kept my cool, I knew if I let it out it would have been bad and there were lots of kids around.

A few of us rode the elevator together and discussed the dissing we just received. I get that all kids are not perfect for all jobs but at least have the decency to treat them all the same, keep the frickin headshots and throw them away like everyone else does. I don't care that K didn't book the job, I care that they treated these kids like dirt. Immediately I fired off a nasty email to K's agent, at least I got an apology from her.

When I got to A's house the first thing I did was put the whole experience on Facebook, I have a nice network of fellow stagemoms, agents, photographers and directors and I wanted them to hear what happened. A few exhales and a glass of Shiraz made me feel better. I was amongst friends and my daughter was happy and playing with her buds.

When we got home I checked my email, I had a bunch of inquiries about my Facebook post, a few people wanted to know who the audition was for, I didn't say so in my post because it would have been unprofessional, and I had enough of that today! I did tell all who asked, but privately. If that's the way they treated kids at audition it's a good indication that the job will probably go the same way. I was fully supported by my stagemom army.

D was out with our friend R and I had the house to myself, K has passed out immediately. I didn't do much, played on the interwebs a bit, watched Keith and Rachel, tried to get in some reading. D came home with R and we all had a drink together and discussed the issues of the world. After discussing some of the heavier topics the anger I had from the audition subsided and was redirected back to the Gulf once again.

I know that K loves this business and I love to support her. Seeing any kind mistreatment makes me second guess even doing this at all but I was reminded by my wise little child that "sometimes people at auditions are stupid, who wants to work with those people?"

Words of wisdom from the 6 year old pro.