Can I sleep now? 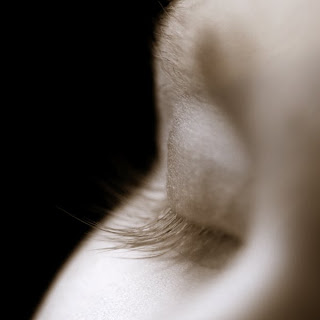 OMG I am so not up to date here. This is always obvious when I have songs on my blog although sometimes I put songs up that I really love or fit the mood I'm in at the moment. So the last two days have been crazy, K finally worked the job she booked last week. Before I left to pick her up from school I needed to have my closet fixed, apparently the pole was no match for my wardrobe and collapsed under the weight of my designer bargains. The only time this could be done was in the morning, an hour before I was supposed to pick up K. All I can say is thank you Jesus!! Not trying to promote blasphemy here, the guy who fixed my closet was named Jesus. He finished just in time for me to leave. I got to school at the right time, they were outside at PE, K was so excited, she loves photo shoots.

We showed up to the location, a giant park south of Hollywood. I drove around looking for the location and ended up at a huge set that looked more like a film shoot. Some PA told me that parking was limited and I should go back and follow the signs to the crew parking. I did this and sat in the lot for like 10 minutes, then a hair and makeup person showed up, she had to unload her car at the set and told me she'd send the van to get us. Nothing. A few minutes later another mom and her kids showed up. We waited for a bit and then we both called our kids agents to get a contact number. We both left messages. Nothing. This was going to be fun. I told her we should all pile into one car and head up there that way the kids will be on set and one of us could stay with them. Since she had a toddler she drove and we parked explaining what happened. They didn't seem to care, they told us to hang in the park until they were ready. I was assured that I would have a ride to my car when we were done.

We went off to the park and K pulled me aside to tell me the girl was mean, I normally would have told her to just be nice but she was serious, I let them go to the park and we stayed by the motor home. A few minutes they called her to wardrobe, she tried on her outfit, an adorable school uniform, and they sent it to be tailored. We went back outside and got some food for K who was in a cranky and pissy mood, not a good thing on a set. She ate some awesome lamb chops with the set teacher and we did her schoolwork, the mean girl was nowhere in sight. The food made her instantly better and when it was time to shoot she was back to the old pro I know her to be. The shot was cute, K, the mean girl and a beautiful little boy. The photographer, a very well known and incredible artist was really interacting with kids and the shots were amazing. You couldn't even tell K didn't really dig the girl, they were arm in arm smiling shot after shot. After a while the photographer started calling her "blondie" just for fun, he knew her name. Instead of getting annoyed K started calling him "curly" I knew this was going to be fun!

After they got the shot we went back to the motor home, they had an outfit that they wanted K to try on. She was only scheduled to do the one shot but they really wanted to keep her for another. The outfit they tried on was too big but they sent it to be fixed and told us to wait with the other kids. Then they sent the mean girl home. I actually saw the smile on K's face when she realized what was going on.

We went back to the "school" and saw a family we knew from a fashion show K did in the summer. Two impossibly gorgeous girls and their super cool mom L. K ran off with her friends and I got to chill for a while. Then another girl M showed up and joined them. I saw K and M immediately hitting it off and I was glad. M's mom H came over we all started talking, she was awesome, it nice to hang with two cool moms. They called K and M to hair and makeup and H and moved closer to be near the girls. They were n that truck for a while and at one point I went to check on them, they were chatting like old friends. Cool.

During their shot together H and I hung out chit chatting, she was like me, not to tied into the stage mom thing but still always an advocate for her kid (or kids, she has 2 older kids, more stunning beautiful children!!) Sometime during a break we heard them talk about having dinner together. This always happens on shoots, K never wants to leave her friends. They were both insistent and we both said "we'll see." Well after six hours on set "we'll see" turned into "where are we going?" D was stuck at work and I was not about to cook. We headed out of the park (once I found my car) and ended up in some mall eating at BJ's. H had a friend join us with her kids, we were a loud table of seven with four adorable and hungry kids. It was different for me to be in a social situation with complete strangers but these women were so nice, I felt like I was with old friends. While I didn't want the evening to end I needed to get K home and deal with the mess in my bedroom. I had almost forgotten about my divine intervention that morning with Jesus, the closet guy. I had to leave after getting my closet fixed so every item from my closet was strewn about my bed and floor.

I slipped K into her bed and started to hang up clothes but I was in no condition to do much of anything. I shoved everything over and left it until the morning. Of course when I woke up I was still exhausted from the day before and had little time to restore my closet. K was off to karate at 10AM, a class I do not usually attend with her but she was getting her yellow belt and I wanted to be there. She wanted this so badly, insisting that we go almost every day. I love going to her karate class, I love watching the kids, chatting with the moms, talking to the staff, I love it all. But not every day. I need a break too. I knew that once she got her yellow belt she would feel more at ease in the dojo. Not so much the new girl with the clean white belt.

After the class her sensei brought her in and she did some warm up and then broke a board with a kick (and maybe a little help). She was embarrassed to do this in front of a group of older kids, but they were all so wonderful and supportive. I got some great pictures. They dropped me off at home after that and went off to piano class. She was still clutching her broken board and wearing her yellow belt. I was really proud of her dedication and impressed by her kicks! I went back to the closet and after a few hours completed the project.

When I was done I had 3 giant bags for Goodwill and a need to go to Bed, Bath and Beyond. I didn't need bins this time, I needed a small closet organizer for my many tanks and tees. I was delighted to see they had exactly what I needed and even more delighted that I remembered my coupons. We rushed home, I filled my new purchase, showered and got ready for K's celebratory sushi dinner. We reward everything in our family with a nice dinner out, it's a win win for all of us. K wanted our friends R and N to come, it was nice to have them with us. After dinner we ended up and Baskin Robbins, how could we have said no to her?

After a brief karate show K was off to bed and the four of us were up talking to almost 1AM. I was so tired, and a little scared. D wanted to go to Renaissance Faire the next day.

Goodnight.
Posted by MicheleB at 6:37 PM