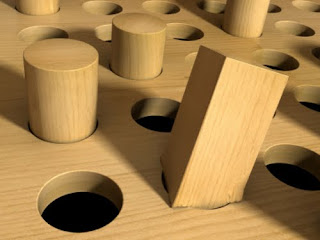 I tried to write the blog I've been meaning to write for days and it's difficult for some reason. It could be the subject matter though, a teenage boy convicted to a life sentence for basically being at the wrong place at the wrong time. A situation that could easily have happened to me or anyone I hung out with. It's something that may in fact happen to my brother one day soon. But that in itself is another blog for another day. I also find myself lacking in the time department. Today my to-do list was quite lengthy, added to it was the Hallmark holiday that is fast approaching, Mother's Day. I knew it was coming, it's the day after D's birthday this year, but somehow time one again eluded me and I am late in card and gift sending. Thank goodness for my husband who was reminded via email and sent flowers to the grandmothers. It bugs me so that we are practically forced to participate in this. Who wants to hear from the only mother on the block that didn't get a visit from proflowers.com?

Today I ran to the drug stores to pick out cards, I think if I can get them out tomorrow morning, I should be OK, I even played the bigger person today and bought one for my MIL from K, I will not however buy one to her from D, that's a little too much for me. So there I was in CVS perusing the picked over and unsorted cards hoping to find a few that weren't too bent. I had company too, a woman and her latte decided that plopping down directly in front of me was the proper place for her card search. I think I smacked her in the head ten times before she even realized it. Finding cards from K was easy, in fact I usually just buy three of the same, no confusion at all doing that. This time the pickings were slim so I did the best I could. I found three different grandma cards that served the purpose well. I proofed them briefly making sure the wasn't a "great" in there somewhere, wouldn't want to insult anyone (well, that's not true). I should probably say I don't want any added angst. I need three cards because D's dad's longtime girlfriend is a grandma to K as well, and we all adore her. In fact she's the only one without issues relating to us and the only one that doesn't demand anything of us.

So K was done, I needed to find cards for my mom. This is always difficult for me as I end up reading them. They all say, in wonderful well written prose, how thankful the sender is to have had such a loving and supporting mother. How wonderful it was to share memories and good times, and how we are such better people because of the love we received. OK, I say this every year. Where are the cards for people like me? People who grew up in dysfunctional households with train wrecks instead of kind and gentle caregivers? Where are the cards that say "Thanks mom, at least I didn't end up in rehab!" I try to find funny ones but they are like sweet little private jokes, the ones I never got. So I found a pretty card that said a bunch of things that never happened. A bunch of things that I so desperately wished were true. I do this every year. It's as if putting it out there will erase the reality and replace it with swirly cursive declarations of love. I put a lot of faith in a stranger to put the wishes of my past into words that I have no right to say but do anyway. I wonder if this is why I sometimes don't read the cards I receive (not the funny dirty ones, I love those).

I don't understand why these holidays were created in the first place. I mean you should love and honor your mother every day, not only on the second Sunday of May, the same goes for dads. It shouldn't take a lovely June Sunday to show your love. If that's how you roll. This is exactly how I feel about Valentines Day, a day devoted to cards and flowers by force, not choice, at least for some. I'd much rather send D a card on a random Tuesday in March than February 14. For me I suppose, there is the reason for Mother's Day, I wouldn't think about just sending a card for no reason. That's probably not very nice of me. I don't think any woman has ill intentions when they have a baby, I think the promise of a newborn is the equivalent of a blank canvas to an artist. Unlimited possibilities, endless hopes, dreams and aspirations. Some parents excel at this, some do not. They all had the same ideals at one point, honoring that original intention is probably worthy of a card or two, maybe even some flowers. Maybe even some beautifully framed photos taken by me.

See, every year I complain about this, I go kicking and screaming (well at least in my head) into CVS and pick out the cards, I send flowers and I usually find some thoughtful gift to send. Is it a false celebration? I used to think so but now I realize that I am honoring the reason I'm here in the first place, I am celebrating what could have been, what should have been, what one day might be.

Does this mean I don't want to celebrate with my own family? Hell no, I want my daughter to make me a beautiful picture and crawl into bed with me. I want to go out to lunch so she can order me a special dessert and then watch as she eats every bite of it. I want to go shopping with her so she can ask me to buy her something because according to her if she hadn't been born to me we wouldn't be celebrating Mother's Day. If none of these things happen will I be upset? No, I just want to be with my family.

I hope I get a pretty picture, my little K is a great artist. Her canvas is beautiful.
Posted by MicheleB at 6:00 PM