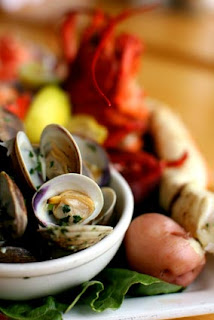 I love and hate long weekends. I'm thrilled that I get to spend an extra day with D and K, an extra morning snuggling with my two loves, relaxing as we share breakfast instead of rushing to down coffee and cereal in an effort to make it to school on time. I try to not make too many plans during these weekends because I don't like to share them sometimes. What I don't like is that the lack of planning leads to boredom, I usually end up with two sets of eyes sadly looking up at me while the smaller set says "can we see someone today mama?" Saturday D took K to her piano lesson and then to lunch, he also did something birthday related (my birthday is on Tuesday). They were out for hours and what did I do? Sleep? Relax by the pool? Watch Real Housewives of New Jersey? Nope, I cleaned K's bathroom (which had become more of a storeroom) and got rid of some dress up items. We surely have no reason to keep over 20 pairs of plastic princess shoes that no longer fit, now I need to find a great place to donate them.

When they came home K and D went swimming while I watched them from my lounge chair trying to turn my pasty white body into a healthy tan (with SPF 70 of course) California Gurl. Later D made us sliders on the Big City Slider Grill I found at Marshalls red-tagged for $10 a few weeks ago. After we put K to bed we watched "New Moon" which had sat waiting to be watched for months. We should have sent it back to Netflix weeks ago, it stunk. I could barely pay attention. Instead I posted some of the previews I had received from the awesome photoshoot K had done on Friday. On Sunday we sat around and played "what are we doing today?" Since it was close to my birthday it was up to me and I really didn't care. I deferred to K who wanted to see our friends R and N. We knew it was R's birthday but called over there to see what they were doing, we lucked out because they had nothing planned, I guess R isn't a big birthday person, just like me. We got ready and drove the long 2 miles over there. They already had another couple and their son over, we knew this family well, K would have a playmate and we would most likely spend all day there. We all walked over to Gladstones and ordered enough food for a table of about 20, seriously, the two-tier iced seafood appetizer alone could have easily fed us all. It was awesome we ate and drank for hours. The food was great, I usually don't like this place, the food is sub par at best but the gastronomic stars were aligned and the feast on our table was killer. I even suspended my food rules (again) and had some pasta as well as a couple of watermelon mojitos. Oh yeah, we had cake too, the biggest slice of chocolate cake I have ever seen. It was awful. No it wasn't, it was chocolaty goodness and I loved it.

When we were sure that no more food could possibly be consumed we made the trek back to R and N's place. This time the walk was a little difficult with all that crab, lobster and shrimp swimming around in our stomachs. When we finally made it the only ones who were up for swimming were the kids, eventually D and R went in with them, once again I just sat by the pool, my full stomach had rendered me immobile. I was fine an hour later when we took the party inside and started drinking greyhounds. Yum. It was a fun day, one we would would have missed if we had committed to other plans. See sometimes a lack of planning can turn into a serendipitous event. We talked and laughed well into the night and for once outlasted the kids.

We dropped a sleeping K into her bed and weren't far behind her. We were so tired from eating, drinking, laughing and talking. It was one of those perfect California days, I don't think we could have planned it any better :P