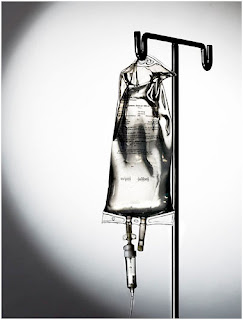 I don't even know where to start on this one. I briefly touched on it yesterday when I posted a beautiful poem by Walt Whitman rather than write about the drama that occurred. In addition to be pissed off yesterday I had to reset my drama-meter which had a nice drama-free run since March 28.

OK here goes: A little background first, it's been so quiet on the MIL front, not much had changed since this post, D and K had their weekly Saturday phone calls and she was still spending her time planning her trips. D and I have been enjoying our time together, or at least the moments we had together while he finished up his movie. Things were going great, any normal person would be happy with that. Me? I could feel the barometer rising and the storm moving in. In fact last week during dinner with my friend L, I made a prediction, my MIL's "health issues" would come to a head on Mother's Day. I predicted the same thing to A telling her that D would get the call that day that she was in the hospital. So am I psychic like L thinks or just really in tune with human nature? I just call em like I see em, and I always seem to call this one correctly. Do I think this is a coincidence? How can it be? I called it. I predicted it would unfold exactly like it did.

This sudden illness brought her to the hospital on Saturday, D's birthday. I guess she didn't want to ruin his birthday, preferring to wait until Sunday, Mother's Day to let him know. Apparently he didn't return her call fast enough, she called a friend and had her do it. D and I do not see eye to eye on this. While he does believe that she has made herself sick to garner some sort of attention he does not believe it was planned to culminate on Mother's Day. I've been a witness to her theatrics for ten years, I'm not putting it past her. In fact she has a history of doing things like this around significant events in our lives. On the day before a trip down to San Diego, a trip to celebrate our second anniversary, a trip in which D surprised me with tickets to a Jets/San Diego football game, a trip that my MIL knew about, she called him and told him she was dying, she had cancer. He called me telling me that we could not go to San Diego, he was coming home and driving up to see her. I was shocked, this came out of nowhere. I called her to find out what was going on. We had a lengthy albeit confusing conversation that was cut short by an incoming phone call from doctor. When she called back she had interesting news. She didn't have cancer. Cancer was one of the possibilities in a long list of potential results from a test that she had taken. We were all relieved but it was only me who found the whole situation a bit strange.

Then right around Christmas, a holiday D typically spent with her but was not this year because we (read I) wanted to have K's first Christmas at home, she called him and cried on the phone explaining to him that she was having more tests done and she needed him to be with her. So a week before Christmas he goes up there for what was basically a glorified Pap test. I know this because a few months later I had questionable results from a Pap test, my doctor said it could be nothing or it could be precancer cells but I needed to have colposcopy, a more detailed view of the cells in my uh, lady bits. He did this in the office and had the cells biopsied. I even had K with me who played with the nurses while my doctor was looking under my skirt. I didn't even tell D about this until it was over. This is exactly the same thing his mom had, except she wasn't honest with him about it. Again.

So things like this brings us to last year when she actually had cancer. When he called to tell me I was more than skeptical and didn't react like a caring and thoughtful person (remember my favorite "you hate my mother" line?). She had her operation and it went well. D was up there to be with her through this. Before he left I warned him of her past and begged him to talk to the doctors to reiterate her instructions for at home recovery. I told him to watch her diet and I told him that within a week she'd be back in the hospital. You can see where this is going right? Days later I said goodbye to D as he made the trip up North once again.

That was a year ago, I've done research on recovery like hers, barring "user error" she should have recovered fully after a few months, tops. She did not. She constantly used her illness to get sympathy and attention, to make a visit down here but only stay for 2 days because she wasn't comfortable (I must mention that weeks after that visit she went on some church thing and was away for days, then after that spent days walking around San Francisco). She used this to get us to come for Christmas and you all know how that went and if you don't please read here. I bet she regrets that visit now.

So that's about it, after the "Incident" the relationship between D and his mom have been strained. He has finally seen her through my eyes. In addition to our reconnection we have recently been provided some valuable information about her and her past that puts it all into perspective. Everything now makes sense not just to me but to D. So when Mother's Day was approaching I knew that we were in for yet another incident. That's what we were dealing with yesterday, a weekend of lovely celebration came to a screeching halt. Taking us back to another time but not for long. The reactions are different now. While we still don't see eye to eye regarding the planning of her actions we do agree on the intentions.

We'll see what the next few days have in store, as of now it's been almost 3 days in the hospital with no real diagnosis.

It reminds me of when I was little and didn't want to go to school, I would fake a stomach ache.

It didn't work then and it doesn't work now.
Posted by MicheleB at 8:57 PM