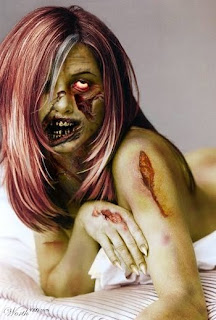 It's been a long week. I say this every Friday, it's beginning to get old, they are all long weeks in what has been a long year already. I feel foolish even talking about this. Albert Einstein had the same 24 hours in his day, I'm sure he didn't feel the need to bitch about being tired because he had too much to do. I know I have a lot on my plate but so does everyone else. Why do simple tasks take me so long to accomplish and then make me so tired? I feel like I'm a zombie sometimes.

Today went by rather quickly. The morning was a blur, D worked late last night and I was asleep when he came home, we literally passed each other like the proverbial ships this morning. A quick kiss and off he went to start his very long day,I probably won't be awake when he gets home. We will have the whole weekend together, so that's good. This morning I caught up with some friends and went out to run some errands. First thing on the agenda was a car wash, my car was so dirty, doing it myself wasn't an option. I sat there and caught up on my texting and got some rays at the same time. Then I had a few birthday related things to do for D, his birthday is tomorrow. I can't say what I got him, I'd hate for him to find out too early. K is so bad at secret keeping I have to either lie to her or tell her at the last minute.

After school we went for our Friday Treat which has become Friday frozen yogurt. I've found a way around getting one for me, I just try all the flavors I like, after about 4 I'm good to go, relatively guilt and carb free. K on the other hand has a giant cup of yogurt, candy and fruit topped off with caramel. She takes about an hour to finish this concoction turning it into a multicolored soup that apparently "rules!" Ewwww. When she was finished we went through our cupcake book looking for a birthday treat for D. We came up with a cute one, Nilla Wafer people floating on chocolate donut inner tubes resting on blue ocean iced cupcakes. Easy right? Nope. This called for yet another trip to the store where K showed anyone who would look the picture of our project.

When came home I almost forgot about dinner, the only thing I had that I knew she would eat were some beef short ribs and an artichoke. I knew I was about to be chained to my kitchen. Luckily I had the smarts to buy a lovely bottle of red while we were picking up our baking supplies. I cooked up the ribs and artichoke and about halfway through dinner I started on the cupcakes. Thank you cabernet for giving me the patience and strength to push through. After they were out and cooled I cleared the dinner mess and we started on the cupcake mess. The donuts were too big so we improvised, we took four cupcakes to make the base for the inner tubes and then decorated accordingly. I could see K was getting tired so we finished hers and she went to bed.

I had hoped to spend this night catching up, relaxing and writing and hopefully sleeping instead I spent it in the kitchen trying to turn the sugary mess on my counter into a cohesive birthday treat for my husband. When I was finished I realized that I had spent all night on this, there was no way to do much of anything. I sat on my couch and put the television on for background noise, I was afraid I would fall asleep. I did a bit of texting while I started writing and was immediately distracted. My OCD/ADD was in full swing as I methodically switched from writing to Facebook to the Huffington Post, repeating this process every few minutes. The clock seemed to have been broken, every time I checked it 30 minutes had gone by. I believe my zombie-like state had me in a trance, the wine probably wasn't helping. I thought for sure I had finished the whole bottle but when I checked it was still about 3/4 full.

I decided to throw in the towel since everything I was doing was half-assed. I even slacked on my nighttime regimen, the wrinkles were going to win over the antiwrinkle serum, I was too tired to deal. I went in to check on K who grabbed my arm to lay next to her. I don't think I moved from that spot until she woke me up in the morning. I guess the zombie was tired, even K's teeth grinding didn't wake me up.

I'm afraid to see the mes I made. Zombies are a very dirty breed!
Posted by MicheleB at 9:58 PM