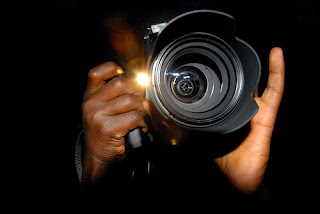 Today was a long one for K and I. It started with a casting at 10AM, which was originally 2:30PM but she had her very first headshot session and I requested an earlier time, I mean I told everyone at K's agency we were shooting all day and they still managed to forget. I agreed to go before the shoot but told K we would leave if it meant being late. K's agent, on the other hand told us to be late if we had to. Nice. We were really early and K was the second kid they saw, we arrived at the photographer's house early.

Even though K's been modeling since she was a baby for some reason we have never paid for headshots. We either just used pictures that I've taken or tearsheets. K also does some jobs that are paid in pictures and clothes. A while ago I was looking at a friends pictures on Facebook and she had gorgeous shots of her sons, I asked who shot them and checked out the photographer immediately. On his website I saw all the kids that K has worked with over the years. Within minutes I had emailed them for information. I was positive that I wanted K to shoot with him regardless of what the cost was. His style is amazing and exactly what I wanted for K's new zed card. I've seen what she can do in the edgier high fashion stuff that I have booked for her, the kind of work she loves to do but never gets called for. These pictures were going to help that. After a few weeks of trying to schedule this session I lucked out with a LA County furlough day for our school, I emailed immediately and booked 11:00AM. Three looks and hair and makeup. I was excited, I was actually more excited for this shoot that I was paying for than anything else that K has done recently!

Last night I pulled a ridiculous amount of clothing for the three looks, I had an idea what I wanted but I also wanted to give the photographer's stylist (who happens to be his wife) a bunch of choices. I felt like an idiot with a giant suitcase but it's better to have too much then struggling to find something perfect. When we arrived at the house/studio K was in "shy mode," I assured the photographer A that it would pass in a few minutes, he seemed relieved. I pulled my giant suitcase into the studio and we went through it, the stylist S was thrilled (and I finally exhaled). She had chosen the new Stella McCartney dress (and had the same vision I did when finding it), a casual "kid" look with a bright pink tank and short overalls and for the final look, the rocker look I wanted, K's giant black couture tutu (that she scored for free after wearing it in a high end fashion show years ago) with a gorgeous military like jacket and simple gray tank. The looks were killer and we couldn't wait to start!

After a few minutes of shooting I could see that K and A were clicking and I was thrilled. She was doing some action shots outside when she started talking about farting, I told A and S that clearly the "shy" period was over. They completed the first look and went inside to check them out. Incredible. I was speechless. Time for the second look, a Daisy Buchanan sort of look with flowing wavy hair. She looked stunning, I couldn't believe that the beautiful angel posing in front of me was my daughter, I couldn't believe that the perfect face smiling back at me was the same face I hold in my hands every night, that the heart shaped lips in perfect pout were from the same mouth that leaves sticky kisses all over me. I was in awe of her poses and how she kept coming up with different ways to move her body. When we got to see these pictures I wasn't speechless I was gushing, I couldn't stop. The pictures were stunning and A and S were just as happy with the results.

For the rocker look S had gone into her collection and pulled out some cool jewelry pieces that turned Daisy Buchanan into some sort of Victorian Punk Princess, it was so awesome. Again K and A worked in sync and got some of the most beautiful shots I have ever seen, not just of my daughter but in general. A decided the look had to be taken somewhere and we followed him to an alley nearby. The contrast of the industrial looking alleyway with the giant black tutu and punk hair was phenomenal. After 6 and a half hours we were finally done and we took the whole show: K, A, S, me, V the makeup artist and her young son N to Menchies. It was Friday, and K certainly deserved her treat, I even let her fill a giant size tub of yogurt. She looked so funny twirling around Menchies in a outfit worthy of Vogue Bambini, it didn't even phase her that everyone was staring at her.

While we were wrapping it up I looked over all the pictures A took and I was so happy, it was exactly what I always wanted for K. It was hard to get her to leave, she was playing tag with A and V's son. I couldn't believe she still had energy left. I finally managed to pull her out and into the car with a promise of a dinner date with D. The traffic was light and we made it home in no time. D came home soon after that and we went out. The whole time I would not stop talking about the shoot. I think he wanted to shoot me just so I would stop talking. At around 11PM S sent me a few of the images so I could have and show to D. He finally saw why I was so obsessed. The images were magical, I could see the pride in his eyes, it made me cry.

So that was our day. Even a regular headshot session turned into something great. If anyone needs headshots or any kind of shots please email me for A and S's number and website. They are not only two of the most talented people I have met but they are so cool, I didn't want to leave either.