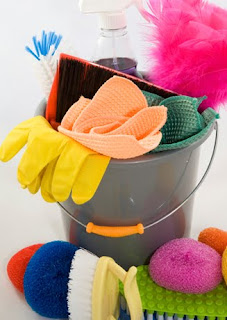 I'm sure this is going on all over the country right now (well not this second but around this time of year). Shorts and bathing suits are replacing sweaters and jackets in closets everywhere. Places like Goodwill and the Salvation Army are reaping the rewards of this annual event and people like me are relishing in the joy of finding more space in the house, even if it's short lived.

After Mother's Day I was left feeling emotionally unstable, disgusted by the actions of my MIL and disappointed in the way I responded. I feel like I let everyone down, let myself down by giving in and losing control, let D down by putting him in the middle of an impossible situation and letting Dr. Phil down by not using the tools he so thoughtfully gave me. I needed to restore order and balance so I decided to start with the actual messes and gain the strength to tackle the emotional ones. The closet purging was great, not only did I get rid of things I didn't want I tossed the items that held nothing but bad memories. I've been lugging these things around for so long it was time to get rid of them, physically and emotionally. Holding onto stupid things like dresses that reminded me of an unhappy past was detrimental to my psyche as well as the support beams in my closet. Both which were in desperate need of repair. Dropping these off at Goodwill was a nice way to say goodbye to them, let someone else benefit from things that caused me sadness. For every bad there has to be a good right?

So the closet purging helped restore some sense of order, I needed to dig deeper and fix my food intake which had fallen off the 40/30/30 plan I follow. Starting on Monday I became steadfast in following my own version of The Zone, the diet, I mean the new way I eat, that helped me to lose 25 pounds. It was easy for me keep to it this time, I needed the focus. A few days later I was back to what I like to call my "happy weight." I still had a few things to work on, the main one being my reaction to the news I already knew was coming. I believe I tackled that one brilliantly, you can see for yourself here.

I sent that one off to Dr. Phil and he was happy with my insight, I believe D was as well. Cool, I was making a ton of progress this week. There is just one more thing I need to accomplish, something that I cannot write about until I check it off my list. It's a stupid thing too. Something that I said a while ago when I was still trying to hide from my past by ignoring it. By pretending years of my life never happened. It's not even a big deal emotionally but it is embarrassing and I promise to write and joke about it soon.

So there is how Spring cleaning is done in my house. Not the traditional changing of the wardrobes that most people do. This year mine was and still is a spiritual and emotional cleansing that just happens to involve a little purging.

I said to my bud L earlier that I am trying to achieve Zen Master status and I'm not kidding, I am doing all the work necessary to build up my mental tolerance so these "setbacks" have little or no effect on me anymore. I sent an email to someone very close to me morning and told her to look at her whole situation. She is dealing with her own sort of "enemy." Is this person's life full of love, hope and promise? Nope, it sucks balls, just like it should. I told her that karma is a force that should not be reckoned with and I firmly believe that, I've said it a million times.

At the end of the day my life is full of love, and even on my worst day I am surrounded by it. That's all I need to remember. What's that old expression? As you make your bed, so you must lie in it. I have no problem with that, but I know that the same cannot be said for my MIL, this is evident in her lengthy list of medical ailments, even the real ones have been self caused.

My old friend AW likes to say "Keep Moving Forward" and I have to agree with her motto. I'll keep moving forward with my eyes pointed ahead.

I see no need to look back.
Posted by MicheleB at 8:08 PM