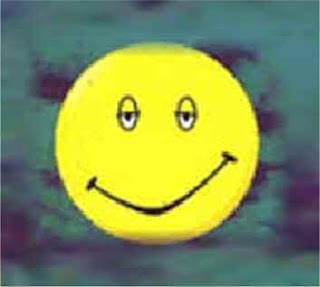 I'm not sure if it's my current MIL situation, the windy weather or the recent Spring cleaning project I have started but lately my head has been planted firmly up my ass. My attention span rivals my six year old and my focus is for shit. My potty mouth however, rules hard. I started purging items in my closet yesterday and was stuck there for hours. I filled my car and dropped it all off at Goodwill, then I picked up K from school helped her with homework and then went back to purging. I unloaded a huge box of books, some more clothes and many toys and games to my neighbor who will happily dispense my castoffs accordingly. Even though it isn't really noticeable the extra cubic feet in my life give me a sense of accomplishment and makes me feel a little less hoarder-like. I went back to this task today and ended up behind the television in my room, ewww, it was covered in about an inch of dust. My vacuum got quite the workout today and I threw out old cards and papers that go back at least ten years.

Maybe I inhaled too much dust, I walked around in such a fog, I hope I didn't trash anything meaningful. I decided to quit and leave to pick up K a little early. I could sit in front of the school and get some fresh air. I think I ended up just texting but I can't be sure. I rushed K out of her classroom and drove to Karate, going home would have made us late and I like to arrive early to get good parking and a good seat to watch her class. She changed in the car and off we went. When we walked into the dojo I got a strange look from the sensei, he commented on how early we were. Better to be early than late I replied. We sat around and waited and a few people slowly showed up, I told K to go in and practice. She was doing kicks and working with another kid and I was trying to make a call, no cell service in the dojo, probably a good thing. I sent a text to explain the lack of coverage and something caught my eye. The time. It wasn't 3:30PM like I thought, it was 2:30PM! We weren't a little bit early we were an hour and a half early. I'm a moron. I grabbed K out of the practice and apologized profusely to the sensei. No wonder he looked at me like that.

I was so embarrassed and completely flustered, it's not like me to make a stupid mistake like that, not that I am above stupid mistakes, just not ones of this nature. I took K across the street for a snack and we waited until class started. When we returned on time I apologized again and had a few laughs over it. I told them that we've been having some family issues lately and it's knocked me completely off my game. I hate that so much. Losing focus over this is not helpful, it give the situation more power than it deserves. Just as losing my temper over it does. Walking around with that kind of energy is toxic. I believe this is the reason for the purging I started yesterday. I have no sense of order in my emotional state so I better equalize that with actual order. There's no better way to accomplish that a huge home organization project. Doing that seemed to bring order to the chaos Once I left it however, the chaos reigned supreme. I was in a strange state after that, texting D and telling him about it was hard, he asked me if I was OK and for the first time in my life I said "no, I am not OK." It actually felt good to admit a loss of emotional control.

We came home and did homework which went remarkably well, no arguing at all, I let K watch Chef vs City, her current favorite show and made a healthy dinner. We ate in relatively silence, not discussing the issues in front of K. I don't believe in keeping anything from her but this one is hard, I don't want her to learn to emotionally blackmail someone by making herself sick but I don't want her to lose the compassion and empathy that she uses so wisely.

After K was in bed D and I argued for a bit, then like two boxers who have been simultaneously knocked out we called it a draw. Another first for me, I asked (in my own way of course) for a hug, unusual for me but I felt it was necessary. After this we retired to the couch and had a very lengthy conversation that would have made Dr. Phil proud. Using all the skills and tools we have learned we each opened up in a way we had never done before. I actually pinpointed the exact moment of my disconnect and acknowledged that I acted poorly as a result of it. We both went "all in" and saw that our hands were pretty much the same. No blame was taken or placed, we vowed to be better listeners as well as making an effort to be more verbal about our needs.

It was strange that in my current state I was completely off balance yet utterly focused. I didn't mind this feeling but it does leave you completely exhausted. I hope that it doesn't decide to linger, another wonderful side effect of this is a super annoying eye twitch that seems to only occur when discussing my MIL (or the actual eye twitch) fabulous.

More life lessons, learned the hard way. At least I have a cool study partner.

Been dazed and confused for so long, it's not true.
Wanted a woman, never bargained for you.
Take it easy baby, let them say what they will.
Will your tongue wag so much when I send you the bill?