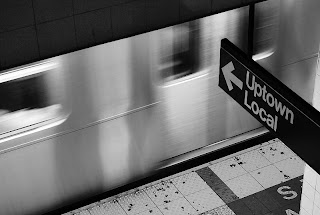 Drove the local today and for some reason fate was on my side. I thought for sure I would run into traffic or parking problems but luckily neither was a problem. The only problem was my energy which lasted almost through the audition on Hollywood.

First stop was to pick up our friend D at her place in the Pali Highlands, not far from where we live, then it was off to Venice for our mani/pedis. We always go to the same place, they have the spa chairs that K and I love and they are pretty cheap by Los Angeles standards, $20 for a spa manicure and pedicure, and a pretty decent one at that! We had a nice time being pampered. K is an expert by now and sits there like she's been doing this her whole life (probably because she has!). After we were all dry and beautiful it was of to the mall in Westwood. D was going to have lunch with K and I was going to meet my D at Dr. Phil. The last minute casting threw a monkey wrench into the plan, we were going to go to the nail place after Dr. Phil! Traffic was light so I showed D around the mall a little. At least until K made me leave so she could have lunch with her friend.

I made it to Dr. Phil in a few minutes and got good parking, I was worried, we've never been there on a Friday afternoon. D showed up soon after that and we walked in together. Not going to bore you with the details but it was a recap of D's recent trip up north. A good session, it was pointed out that I never told D what I felt about the whole thing. I never really praised him for going up and doing the impossible or at least the very difficult. So if you're reading this D, I am extremely proud of you, I always am, I just never say it. Sorry, I'll work on that. For reals.

After we said our goodbyes I went back to the mall and picked up the girls who were waiting for me at the puppy store. A store that is hard to leave, the cutest puppies just begging to go home with you, they all seem to respond to K making it twice as hard, actually it's worse than that: K is on a dog kick now and is completely obsessed with them. She's even saying that she'll pick up the poop if we get her a dog. That's a conversation for another year. I managed to pry her away from the puppies and got back into the car to drive D back to the Highlands.

Then it was back to Hollywood, I knew the freeway would suck so we took Sunset the whole way, not a bad decision, we made it in plenty of time and even got great parking. There were a few different castings going on and when I went to find where to go I realized that I had no idea, I told the assistant we were there for the "Confidential Project," she immediately looked at her list, checked off K's name and gave me 4 confidentiality agreements to sign, just for the audition. Didn't she know 6 year olds don't keep secrets? This was going to be something. I suppose I can't say what K had to do, especially after signing my life away. She was done pretty quickly and I called D to see if he wanted to meet for dinner, he did but needed an hour. I drove to the Grove to kill the time. I needed to go there anyway to see if K's pictures were up in The Children's Place (they were not) there was a huge sale and K walked out of there with a shirt, shorts, flip flops, a headband and new sunglasses all for under $10. I thought that was cool and we killed enough time, D was ready. I begged him to leave a car at his office and we'd get it over the weekend. I didn't want to drive another mile. We grabbed him and began the great dinner debate when K suggested Vito's. Done. We drove there and ate the best pizza in LA. Yum!

I have no idea how many miles I drove but this was route:

Just another Friday.
Posted by MicheleB at 11:54 AM