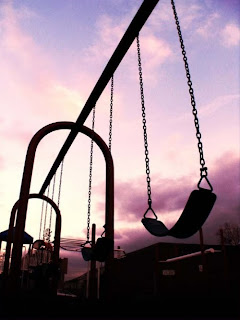 So it was another day for taxi mom. K had a shoot in Lakewood. Don't know where that is? Don't worry, neither did I and I'd been to the location before! It's in Long Beach and that meant the 405 South my least favorite freeway. It was raining when we woke up which meant that my 45 minute drive without traffic was going to be bad, this wad the 405 you know. This was a hard morning for us because D was going up to visit his mother. This was no pleasure trip, he was going up there on a mission. He was finally going to confront her and call her on her bad and abusive behavior toward me. It wasn't going to be easy, it was impossible to discuss anything like this with her. She always manages to make herself sick, making confrontations impossible. D was in a horrible position and I know that I had a part in putting him there. I needed this to be done, unfortunately this was something that could not be done over the phone. D had never really called her on her shit and this was going to help not only me but him as well.

So as we left for our photo shoot and said our farewells as D went off to battle. I wished him luck and kissed him goodbye, I did not envy him and hoped that he was ready for anything. For the first time ever I was happy to be on the 405S and not whatever freeway my husband was on. Even with traffic, even with rain.

Traffic was actually great and we made it to Lakewood an hour early. I knew I would need gas on the ride home so we filled up the car to kill time and then drove slowly to the location. We were still early, they were still setting up but told us to relax and hang out. The shoot was for Intex, a company that makes inflatable pools and toys. The photographer Michael came up to us and introduced himself, then he looked at K and said he remembered her from last year, she was a cool one. Last year she shot for some inflatable pool and they let the kids swim in the big pool after they were done. The pool with the diving board that none of the boys would jump off, K got out of the pool, looked at the boys and shook her head. Then she ran up the diving board and did a perfect cannonball. Michael laughed at the boys and declared K queen of the pool. A minute later they all followed. Cool that he remembered that.

Today's shoot was for the box of a swing set, K picked out her own wardrobe, I did her hair and she was off to test out the product. There were three other kids in the shot and they soon joined K. They shot for about 45 minutes and K did not get off the thing once. The other kids were rotated in and out when they got tired but K stayed on, she even got mad when one of the boys tried to slow her swing down. I watched and listened as K had the time of her life. When they were done she hugged everyone goodbye gave a high five to Michael. On the way home she said that she had fun at that audition. I reminded her that that was the job, there was no audition, "Oh, that's why it took so long" she said. Years in this business and she still gets them confused.

After the shoot we had an audition, so there was no time to stop. We made it back to the westside in less than an hour and drove around for a while looking for parking. Just when I was about to give up a dream spot opened up for me. I prayed there would be a huge crowd inside, we lucked out, not too bad, we were in and out in less than 20 minutes. I told K we could go to the mall and have lunch, she likes the sushi place there and she more than earned it after doing so well on her shoot. We had a late lunch and did a little shopping. We got home and realized that D was not going to come home, we were both sad. I made us dinner and cuddled with my little swinger. We called D and chatted for a bit, I put K to bed and retired to the couch. I was exhausted. How was I going to get through the next few days without a second to myself? I hoped for some cooperation from K and strength for D. For me, I hoped to find the energy to keep up with my daughter.

Tall order, I know. It's like asking for light traffic and good parking.
Posted by MicheleB at 9:41 PM