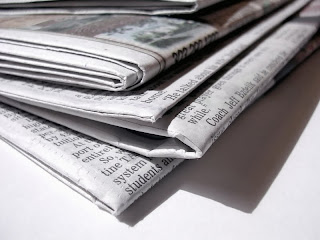 I've been so lazy since returning from Mexico. I wrote a little but mostly posted my vacation journal. Part of it is complete laziness but part is that summer vacation means absolutely no break from my little boss. I know I'm a little backed up again (not there, here) so I'll start with the weekend:

Big karate seminar at the dojo Saturday, we weren't sure if we were going, it was a long one. Of course it would have been impossible to keep K away and we were there a little after 10:00AM. It had been a really long week and we were lucky to be only a few minutes late, K went right in and did some training with the group of high ranking black belts that were visiting. This went on for a couple of hours. During the break we rushed across the westside to get K to her piano lesson and grab some food. We made it back to the dojo as they were starting up again. We noticed that most of the parents had dumped their kids and went off to enjoy their Saturday. I couldn't decide if they were lame or smart. I like watching K do her thing and D doesn't get to see it that often. Plus there was a surprise for K. Sensei was surprising her (and three other kids) with a new belt. They thought they were breaking boards for a demo when in fact they were being tested. The look on K's face was priceless and worth all the hours we spent there. Plus it was cool, we saw demonstrations that we hadn't seen before. At the end of the day K got a medal for participating and I have a feeling it will remain around her neck for weeks.

That night there was a dinner and big party planned for Sensei and friends, poor K, it was an adult-only party and she was crushed. We decided to have dinner at the same restaurant to show our support and so that K can at least feel like she was part of the celebration (as usual, we had no babysitter). When the dojo crew showed up they insisted we join them. I fought for a bit, I didn't want anyone to think they had censor themselves, they all agreed that K is cool and wanted her there. Dinner was great, the food as well as the conversation was top notch. I ended up sitting with a charming doctor who also happens to be a samurai. He was fascinating, I actually spent the entire dinner lost in conversation, I felt bad taking up all his time but he was cool. He invited me and K up to his house in Topanga, he thought K would like his goats and chickens. I love LA!!

We planned on leaving after dinner but were forced to stay and party. K was a hit dancing with everybody and having a great time. Even D and I were caught on film actually having fun. We decided that 11:00PM was late enough and finally took off, much to the disappointment of our six year old.

Sunday we had a birthday party to attend. Our friend L's four year old daughter was having her birthday at the carousel at the Santa Monica Pier. Kaegan doesn't usually like younger kids but adores this girl and was happy to go to her party. Some new (and amazing) friends from the dojo also happen to be friends with L so we got to see them again. D got out of having to go into the office and I was glad, not just to hang with him but the carousel makes me sick, literally. It was a small group but it was fun, we had our own roped off area which made it easy to just chill and watch the kids. It was also good because one of the dad's is a huge movie star and he was only bugged from a distance. He was cool too, totally hands on with his two daughters. He gave D the "dad nod" when he noticed another dude with his kid on the carousel. I couldn't believe how many people just stood there and took pictures. He was with his kids, that really bugged me. Luckily they are used to this and didn't seem to even notice. After hours at the pier we came home and relaxed by the pool. It had been a busy weekend and we were wiped out.

Unfortunately for me the weekdays aren't much different from weekends during summer vacation.