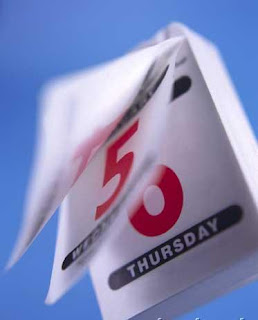 Sure, whatever. They're all the same to me. Friday's are a cause for celebration but only because I have D home for 2 days to distract and entertain K. Except for this weekend, he's up dealing with a whole other issue. This Friday felt like a weekend to me and I kept asking what day it was. How sad that the 6 year old can keep up with it. In the morning we were both sort of lonely and waiting for D, even though we knew he wasn't there. I thought breakfast would be fun and in another serendipitous moment a plan fell right into our laps. A friend of a friend who has a daughter K adores asked us if we wanted to meet at a local place to break bread. A place that we love but don't frequent often, which is ridiculous because K goes to school with the son of the couple that runs the place, and we adore them. It will be added to our list with a promise of heavy rotation.

We got there early and chatted with S who runs the place, once our friends walked in it became a gigglefest. I managed to pry K away from her friend to ask what she wanted and she begged me for her usual. This was going to be difficult, her usual is eggs over easy and bacon. Why is this a problem? Unless eggs are hard boiled K gets a strange allergy to them. Most times she doesn't care, it's a little itchiness in her mouth, she complains for a bit but then gets over it. I said OK only after she promised a thousand times not to complain about her mouth. We had a nice breakfast, hung out and talked for a bit but had to leave, we were continuing our playdate with L and his son J a little later and were all going to have dinner.

We came home and got ready for the errands we had to do when K told me she had a belly ache. She went into the bathroom with her OK Magazine and hung outthere a while. A few minutes later she called for me. Her belly was feeling better but she was upset because (and I apologize in advance for TMI) "water was coming out of her butt." Great. I suppose it's my fault for letting her order her own breakfast. Poor thing, she sat there for a while with me next to her holding her hand. After a while she felt better and I moved her to the couch with some bread and club soda. I called L to let him know that our playdate was going to start a little late. I wanted K to relax for a while before going anywhere. We decided that K would remain home and if she was completely better we would go out to dinner.

I allowed her to watch a few cooking shows which made her hungry, I took this as a good sign and decided to go on with our dinner plans. Dinner at 7:30PM at a local favorite, summer hours meant late dinners with kids were OK. I was happy to see that K was back to her old self when she flirted with the host who remembered her from the last few times we were there. We had a wonderful dinner and took the party back to our place and played Wii Resort. D called and I put him on iChat so he could be part of the playdate. It was strange to have him in our living room hundreds of miles away.