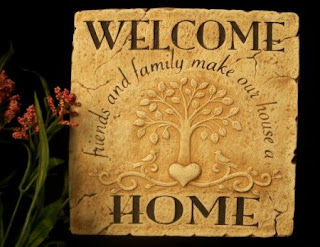 I had so many potential plans for today. I was going to go out for breakfast with K, invite people over to go swimming, visit some friends, a whole bunch of things to occupy the hours we would have to wait for D to finally come home. When I woke up I realized that I was not going to do any of those things. I was going to clean up the mess that K and I made and maybe go swimming with her. I called L who was maybe going to come over and told him that I didn't think I could deal with more than one kid in my house today. The last few days had taken it's toll and I was checked out. D and I talked for hours last night and then again in the morning. I was not up for company, I was not up for driving. In fact the only thing I was up for was the sound of my man's car pulling into the driveway.

Time went quickly, I played with K we ate and we cleaned. When we were done we changed for swimming and as soon as we were finally ready to step out into the sun we caught a glimpse of D's car from my bedroom window. The scream from K was a clear indication that D was missed. Like he needed any indication. He came home kissed his girls and was escorted to the pool where we stayed for a few hours.

I guess I didn't really pay attention to the time, it was closer to bedtime than dinnertime so I scrounged up some leftovers and passed it off as a meal. The three of us were just happy to be together it didn't matter. We put K to bed with the promise that D would sleep in her bed, her reasoning was that she had spent the last few nights in my bed and it was his turn now. It was hard to explain to her why we would want to spend some time together. Alone.

So for the few hours we had alone together we decided not to discuss D's "trip" or anything related to his mother. I was happy for the brief vacation, little else had occupied my mind for days. We just hung out and enjoyed each other's company, watched a few shows on the DVR and discussed our plans for the week. Completely and successfully avoiding the one thing that had always come between us in the past. We both new that wasn't the case anymore but giving it a rest was the way to go. Finally, neither one of us could take it, we had to get some sleep. We got ready together and parted ways hoping to get some rest.

I knew I would be sleeping well, my husband had come back from the past and was ready for our future.
Posted by MicheleB at 11:13 AM