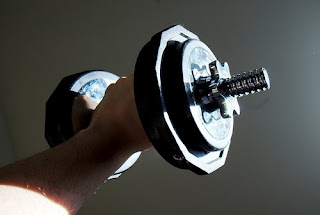 I mean I feel a little bloated this week but I'm not talking about heavy in that respect. Today I was speaking to my dad who apparently took a few days off from reading my blog (the nerve!) he told me I was getting pretty heavy lately. Since he lives 2500 miles from me I know he meant my writing. Where has he been the last few months? I think he looks at the pictures and maybe reads a sentence or two. A few days after starting this blog I suggested he do the same. I thought he could use a creative outlet for his complaining and I was right. He writes daily (or close to daily) about a variety of, well let's call them issues, he likes to call it crap. If you feel the need to read more rants from my family please email me through my profile and I'll steer you in the right direction.

I was kind of bummed, I don't mean to always be heavy but sometimes that's the direction my fingers take me. I was going to write about something that could be construed as heavy but I decided to put that off for a few days. Not totally because of what my dad said, I'd hate to have him think I listen to him or something crazy like that. I honestly didn't have the energy to delve into anything that would would make me angry. Yesterday's Immigration Law post is still fresh in my head. Although I did have a positive conversation about that with my dad, we rarely see eye to eye on the political front. We agreed that at the very least Immigration Reform was now a sleeping giant that is very much awake. We also agreed that a better solution was out there it just needs to be found. I was actually shocked that this didn't turn into a heated debate, either we are both on the same side for once or he was too tired to argue with me.

In fact, I think I was too tired to argue with anyone today, even the giant SUV that cut in front of me on Sunset earlier. Maybe it's that end of the school year thing, while I am not technically in school I still get that feeling by association. It could also be exhaustion caused by the heaviness of the last few months: Health Care Reform, Financial Reform, unwinnable ongoing wars, earthquakes, coal mine disaster, more earthquakes, giant oil spills, car bombings, teabaggers and Glenn Beck. All of this in addition to my MIL and recent mother revelations would be enough to keep anyone under the covers for a while. It also might just be that time of the month (TMI? Sorry) when I am actually mentally and physically heavier. Or it could be a combination of the two. I'm going with that. There have been bright spots of course, things are not only bad, I've had some wonderful reconnections with long lost friends, I've had great times with new friends and of course the daily joy I receive from my two loves, D and K.

I've even been thinking about starting a workout regimen, although I do this every month the finalization of our late June vacation has made it seem more urgent this time. I was going to start this morning, D was even going to go with me and help, but when we woke up this morning everything pointed to me NOT going to the gym. The morning wasn't a total loss, D came back after dropping K at school and we enjoyed a workout of a different kind. TMI again? Sorry again. At least I'm not bumming you out. Unless of course you're my dad, then I'm not sorry I'm still just bumming you out.
Posted by MicheleB at 8:14 PM