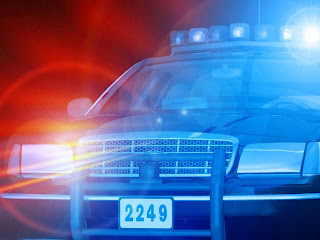 I had a horrible dream last night: D, K and I were on vacation, while walking to dinner we passed a park which was next to the restaurant, K begged to play while we had dinner, D said OK since she doesn't eat anyway (this is true). When we were done with dinner we went to fetch K from the park and could not find her. We both yelled out for her, our screams gaining in urgency. I could feel the panic building, I called 911 and a search began. That's when she woke me up, for once I was grateful for her "night visits" I didn't even mind the smack in the face that woke me. I fell asleep into a continuation of this same dream, this time I had enlisted the paparazzi to help me in my search for K (for some reason paparazzi followed me in my dream). The final part of this dream took place weeks later and K had still not been found. This time when I woke up it was to K's smiling face, I have never been happier to see 7:00AM.

I had a feeling of dread that lasted all morning, in fact I feel sick to my stomach just thinking about it. I know it was only a dream but I actually felt the panic, I felt the fear and I felt the loss. I know in a few days this feeling will go away but for now, my grip on K will be a little tighter and I probably (at least for a few days) won't say no when she wants to sleep in the bed with us.

Unfortunately the nightmare was real for a mother in my community whose thirteen year old daughter was killed yesterday morning as she crossed the street to catch her school bus. This mother as well as the girl's classmates watched in horror as she was struck by a car turning right onto Sunset Blvd. The following was taken from the CBS website:

One vehicle, reportedly an Infinity, made a right-hand turn to go west on Sunset Boulevard when it struck the girl. The driver then stopped and had a brief conversation with the victim's mother while waiting for the ambulance to arrive, but no information was exchanged.

A driver and 3 passengers of a black 2006 four-door Toyota Highlander also hit the girl, stopped and then left.

Julia Siegler was a student at Harvard-Westlake Middle School

Anyone knowing more about the case was urged to call LAPD West Traffic Division investigators at (213) 473-0222.

Police later identified the driver of the Infinity, a 16 year old boy who attended the high school down the street from my house. The 51 year old driver of the other car turned herself in last night. As of now no charges have yet to be filed.

I cannot possibly imagine the pain that Julia's mother is feeling right now, her only child, her beautiful baby girl is gone forever. This is truly a parents worse nightmare, my thoughts, prayers and deepest sympathies are with the Siegler family. I cannot get the thought of this girl and her family out of my head, not only because this took place so close to home but because this could happen to me or anyone else I know. I've crossed Sunset so many times with K, I take Cliffwood (the intersection where the accident took place) as a shortcut plenty of times. When K goes to middle and high school she will have to cross these streets.

I don't know what scares me more, my thirteen year old crossing these streets or my sixteen year old driving on them. I will tell you that as of right now, she will not be taking the bus to school when she's in middle school, the high school is down the block and I'm still on the fence about that. I know that she's only six right now but making these kind of decisions now is what keeps me sane every time I hear a fire engine during the day. I understand it's going to be impossible to be with K every time she crosses the street when she's older, all I can do is hope that she'll be safe, hope that she'll pay attention and hope that remembers all D and I have taught her. I can however make sure that she isn't driving when she's sixteen, a law that makes me shake with fear every time I hit the roads of Los Angeles. My very smart friend N told her son that he was not going to be allowed to drive until he was eighteen, a decision that she knew would come with years of fighting. The safety of her child was more important than than anything else. I fully intend to copy N's brilliant parenting decision unless the State of California miraculously changes the driving age. This is going to be especially hard on K who will always be the youngest kid in her class (LAUSD cutoff is December 02, and K was born on November 19). Her well being is the main focus of every decision we make, regardless of how unpopular this makes me and D. I believe N's son just turned eighteen, I hope she's doing OK.

While our community is mourning the loss of a beautiful thirteen year old girl, families all over the country are holding their kids a little tighter, being a little more lenient when they crawl into bed with them and hopefully getting tougher about letting their teenagers take the car keys.

I know in time that this will be just another news story, maybe some lessons will have been learned and maybe a life will have been saved. No matter what happens, the nightmare that Julia's mother had yesterday will go on forever. Normal traffic will resume on Sunset and Cliffwood, but the memorial that has been set up there will continue for years. Julia's friends and family and even strangers touched by this tragedy will be placing flowers marking the spot of her death to honor the life that was cut short so suddenly.

In a few years people driving by the spot won't know what happened there, but to moms like me it will always stand as a reminder that life is precious, that our children are incredible gifts meant to be cherished and sometimes we have make decisions to protect them that they will not be happy with. I'd much rather have K be unhappy with me than harmed in any way.

Rest in peace Julia, although I have never met you there's a part of you that will be in my heart every day.
Posted by MicheleB at 2:35 PM