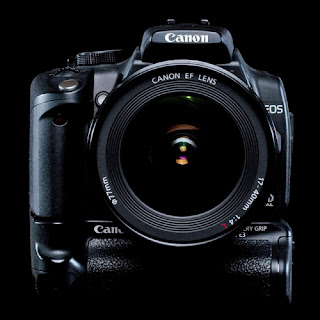 Ahhh, the exciting life of a stagemom. I would say that 90% of my time doing this has been spent waiting. Waiting in traffic, waiting in casting offices and of course, waiting on set. Where we are right now. I'm waiting while my darling K is being photographed for Old Navy. As I sit here I can see her having the time of her life in a fake garden while stylists, hair and make-up people, assistants, grips, a wonderful photographer and the nice people from Old Navy clap and cheer over her every move. A fortune in production at the hands of a six year old, and she knows it. She's been doing this for years and knows how to work it in front of the camera, probably the reason we are still doing this. When K was about 6 months old I decided to send in pictures of her to agencies after about a thousand "ooohhh, she is so beeeeautifulllllllll, she should be in Baby Gap!!" So one day I sent some pictures to a few agencies, after about an hour I got a phone call from one of them. Seriously, it's this easy? An hour?? I really did it as a joke while she was napping. After a lengthy conversation with a wonderful woman from a pretty famous agency I agreed to have them send me the info to look over. A week later my 6 month old had a print agent, a commercial agent and a work permit.

A few months later after driving around the city a handful of times K and I found ourselves in a Santa Monica studio shooting a catalog for Babystyle. It went so well that they asked her to come back the next day, and then again for a couple of years. Since that first shoot K has worked for Baby Gap a few times, Old Navy, Disney (lots and lots of Disney!), Guess Kids, Target, Kohls, Johnson & Johnson, Mattel and tons more, she's been on the cover of Parents, done work for Parenting, Babytalk and has done three editorial shoots for Baby Couture Magazine (a fave of both of us). K has also done a few national commercials earning her a SAG card before she was 5, not our choice, after doing a few you become a "must join" who wants to shell out that kind of cash willingly?

Throughout this experience we've met some wonderful people, in fact some of her best friends (and now mine too) were met on a set. Together we've seen some of the most amazing locations in Southern California, some public, some private, we've met some of the worlds most talented photographers including a few shoots with David LaChappelle, I learned that my child can not only model underwater but can do it ten feet underwater!! I have seen my beautiful but unruly and dirty tomboy of a daughter emerge from a room looking like an angelic princess, a site that brings me to tears almost every time. I know that people are disgusted with the thought of a child model and think that stagemom is a bad word. I invite anyone who feels that way to spend an afternoon with us, auditions and shoots are like giant playdates. These kids all know each other and are thrilled when they get to hang. What kid wouldn't love to dress up and have fun for a few hours? Today K met a little girl just her size, after about 5 minutes together they announced that they were best friends and would not leave each other's side until it was time to leave. They did schoolwork together, got mani/pedis, had a nice lunch, played Candyland, grabbed snacks when they thought we weren't looking and when it was time to "work" basically laughed and held hands while the crowd around them squealed in delight. I wouldn't spend a single minute doing this if she didn't love it as much as she does. It's great fun for her and she is building a nice bank account that will help her pay for college (or a car, or travel to Europe) when she's 18. Good thing too because the money we put away for the future isn't doing too well right now.

So as I sit and wait for her to finish, I chat with the other mom, reply to emails (shoots with wi-fi rule!!) have some coffee and just enjoy the moment because my daughter is having a wonderful time. When she's wrapped but wants to stay until her new bestie is finished instead of bolting like I want to I say "sure K, we can stay, I'll be right here." Waiting.
Posted by MicheleB at 2:16 PM