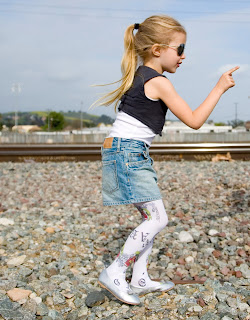 I remember when that term was used for good, years before I got annoyed at Mrs. Reagan and the government (and my mother) for telling me what to do. They were right of course, don't do drugs, it never leads to anything good (well, maybe a few fun times and some stories you pray your kids will never hear). Just Say No was a National effort to unite against the evil of drugs, in fact studies at the time proved that drug use and abuse dropped significantly while Reagan was in office. Interesting how Democrats, Republicans, Independents and the entire US population joined forces to protect against the dangers of something deadly, and it worked.

That was before this country went colorblind.

I mean that in so many ways. I try (try being the key word here) not to debate or discuss religion and politics (and sometimes football) because the issues are intertwined and have become such a part of who we are. I wish I knew the exact moment we became the Divided States of America: Us vs Them, Red vs Blue, Right vs Left. I would say Good vs Evil but I said I would try. I was raised in a mostly Republican house but my family never voted along party lines, and I was no different. I remember during the 1992 election someone I worked with heard I might be a Republican and assuming I was going to vote for Bush verbally assaulted me with a fury I didn't know existed in him. After his face returned to a safe shade of pink I assured him that I had no plans to vote for anyone BUT Clinton, I was excited to see where he would take this country. It was the first time I had been in a situation like that, I wish I could say it was the last but that's not the case. In fact the Bush family inspired some wicked fights in my own family. Eight years later I found myself in the exact same place only this time I was the attacker. I was shocked and disgusted that my own father was going to vote for George W. Bush, even his father, my beloved Papa G had begun campaigning for Al Gore. We were both crushed after the election. When it happened again in 2004 I was livid, while I wasn't a huge fan of Kerry I didn't think this country needed another four years of W. Again my father was voting party lines, only this time I didn't have Papa G to cancel out his Florida vote (he passed away in 2002). I think I was so mad that I refused to talk to him the next day, I did send him a picture of his granddaughter in a Babies Against Bush onesie. D had similar arguments with his parents who received their political bullet points from Fox News, something that did not sit well with my Progressive husband. They too received the same picture of their "liberal" grandbaby.

With this division so prevalent in our own family I can see how easily it overtook the country. The Bush/Cheney administration divided the country in ways we had never seen before. Then came Barack Obama. I remember the first time I heard him speak at the 2004 Democratic National Convention. I had no idea who he was, but I remember the way he spoke. I also remember telling D that this Obama dude talks like he's running for president, who the hell is he? I took his political authority for arrogance. I love being wrong sometimes! I threw my hat in the Obama ring early and was happy when he was named the blue party candidate. For the first time in my life I volunteered for a political cause and it felt good. For the first time in a long time I felt hopeful. Yes We Can turned into Yes We Did. K begged my father to vote for Obama and was disappointed when he didn't. I was too, but the victory of my candidate softened my anger and I even heard my dad say he was excited to see what Obama would do. Maybe times were a changing.

Then came the Party Of No, The GOP's new strategy whose only initiative is to bring down Barack Obama and take back the House and Senate no matter what the cost. Now it sickens me to say this but this is taking color blindness to a whole other level.

Watching the Health Care Summit today was a visual reminder of the Just Say No policy. I though of K as a toddler: arms crossed, feet stomping and "NO, NO, NO!!!" was all she would say, sometimes for no reason. Why are they saying no to this? Why aren't the Dems fighting back? Why did this summit seem like the beginning of the battle when it should have been the end? Why does it have to be a battle? Shouldn't we all have affordable health care in this country? Shouldn't we all be fighting together to make us a healthy nation just like Nancy did in the 80s?

What if the Dems and half the country decided to just say no to Reagan's Just Say No policy? That would be crazy, who would do that? Drugs are bad, don't do drugs. Simple. It's the same thing here, saying no to health care is ridiculous. You want to bring down Obama, fine, but why punish millions of innocent people who desperately need affordable medical coverage? You want to bring down Obama? How about finding a worthy opponent for him in 2012, how about finding a candidate who is trying to change this country for the better, how about finding a Republican leader that will give us all hope? Wouldn't that be better?

I believe this country and some of it's elected officials have a lot of hope left, yesterday I watched as NY Rep Anthony Weiner spoke his mind regarding this issue on the House floor and even after his comments were taken down I watched him do it again!! Is there hope out there? You bet there is! Early in the week a bipartisan jobs bill cleared a GOP filibuster with critical momentum provided by the Senate's newest Republican, Scott Brown of Massachusetts. Baby steps are still steps. Even K would uncross her arms and say yes once in a while. Baby steps indeed.