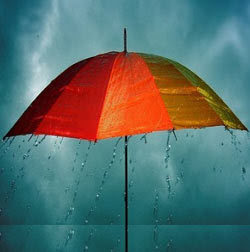 Actually, it's cool, the rain can stay, it gave me a reason to stay in bed this morning. I even broke my rule: Once the bed is made, you can't go back into. Since I am one of those lucky individuals plagued with sleep problems, this is one rule I never break. Today I was feeling rebellious on top of exhaustion with a little Malbec from last night mixed up in there. Also, the rain wreaks havoc on my sinuses and my face hurts (yeah, I know the answer to that setup, thanks).

I went out again last night, I am a bad planner, I don't go out for like a year and then I do it on consecutive nights. I'm too tired to party, isn't that why we get married? JK, D. That's the insomnia talking. Last night I went out with L, my guy bestie. Ever since I can remember my best friends have been guys. Some are still friends, some have moved away and some were unfortunately saddled with female partners who were threatened by the male/female friendship thing and broke up with me to keep the peace, or to get laid. Whatever. If you are one of those, I truly hope it was worth it. So like I said in a previous post, I have a lot of guy energy and usually prefer to hang with the boys. It isn't that I'm not girlie, I have a makeup collection that rivals the the first floor of Bloomingdales and actually get giddy at the thought of Tory Burch flip flops. I think (no, I know) it all goes back to my childhood, certain behaviors I just knew weren't inherent in me. As a kid I always picked watching football with the men over complaining about sports viewing with the women. I'm not women bashing either, hanging with guys has shown me that they are actually worse, it's an energy thing too. Even though my parents divorced when I was 7 I clearly remember that I loved to spend the day with my dad no matter what we were doing. I was also "just like him" or at least that's what I remember hearing in that tone only a pissed off mom can reach. As I got older I still love to hang with my dad, who at that point has amassed a vast collection of girlfriends. I was amazed by his juggling act and paid attention to the way these girls acted. I am not one of those people who learn by example. I watch and decide what NOT to do. Example: Boys do not respond well to crying and whining, mental note to me, do not cry and whine. My daughter has inherited some of this, while she has and adores her BFFs, she actually plays better with boys, and older ones at that. She's also very physical and has an endless supply of energy. I know eventually I will be in trouble, for now it's cute to watch.

So again, I lost myself somewhere. oh yeah, I had dinner with L, who is a guy. We went to the same place I went to with A the night before. L and A are actually quite similar and get along well, as do all my good friends. It's funny how the nights were completely different though. L and I have sort of the same background, that whole East Coast Jewish thing that seems to bond so many of us here in LA. We have these marathon conversations that are better and cheaper than therapy (sorry, Dr. Phil), and at the end of every one of them we are left with the feeling that we have successfully solved the world's problems once again. L is also friends with D, and we all hang out quite a bit. In fact most of our nights out with L and Lady D (his wife, I need another initial for her as D is taken) have ended up as a threesome, no not that kind, keep your mind out of the gutter for a moment!! I spent New Years Eve with D and L and it was cool, not that I don't like Lady D, I do, she's great, but there's something about being escorted around town with 2 men that's pretty appealing to me :)

As usual I had a thought I wanted to put here and it ended up somewhere else. Cool, that's how I think too, sometimes you need a notepad to keep up with all the shit that's floating around in my head begging to get out. Sorry.

OK, I'm off to enjoy this rainy day, which will make my hair a frizzy mess but will clean my car.