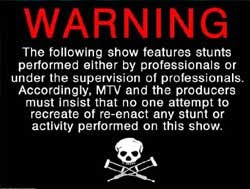 I don't know how or why it happened but my beautiful daughter K was born without the fear gene. I should have known this when I felt her flip entirely around the day before I went into labor, a labor that lasted 48 hours. During that long stretch of time (most of it spent at home) she was all over the place. When I finally relented, D caught his breath, grabbed our bags and drove to Cedars Sinai. A little backstory on my birth plan: a four page document that started with ABSOLUTELY NO DRUGS and ended with Barry White playing on the CD player. Five seconds after arriving that plan was thrown out the window only after my doctor shredded it into a thousand pieces. I was immediately started on Pitocin (a huge NO on my birth plan) a few hours later later my doctor strongly recommended getting an epidural (!) while they tried their best to turn K right side up. When it came time to finally push her out, she wouldn't budge, she was happier playing tug of war with her umbilical cord. She won. As they wheeled me into the OR for a c-section my doctor went over what was about to happen. She must have a cord around her neck and might be in distress, a team of neonatal specialists joined us in the already crowded OR. A few minutes later K was pulled out of my belly with the cord wrapped around her neck twice, she must like jewelry I commented. She also let out a very loud cry and the room emptied, she wasn't in distress she was playing chicken.

Nothing much has changed, she was always "that kid" hanging upside down from somewhere. She was running before she was walking, she was hanging off the monkey bars before she slid down the slide. She dove into the pool before floating around in it. You get the picture. She has a scooter, a skateboard, heelys, Funslides, if you can break your arm using it, she has it. I'm glad she's a tomboy sometimes because when she wears skirts or dresses her scabby knees are quite a sight.

I love that she isn't afraid to try new things (although vegetables clearly do not apply here) I was the exact opposite, I was happy sitting on the sidelines with my nose buried in a book.

I get a lot of worried looks from other parents, it's cool, I'm used to it. Luckily we've avoided any real trauma, while K is completely reckless she manages to keep it safe. D isn't helpful in this arena as he was also born without the fear gene. As we speak they are taking turns crashing into things with Funslides. When I pick her up from school it takes a minute before she is hanging upside down on the jungle gym. This is a good thing as she is building strong arm muscles which I hope will be used to fight off the boys which will no doubt be flocking around her someday.

I was happy when she made friends with a girlie girl in kindergarten, while she loved her bff she grew tired of dress up and Hannah Montana. She preferred the company of L and Lady D's (our buds) older son. After a while she wore him out too. She's tough too, if she's sick she doesn't let us know. I've become adept at reading her sick clues and recently I smelled an ear infection on her.

I'm assuming this fearlessness is a result of the stability of her upbringing, probably the reason that I don't freak out over her latest stunt. She knows that she is safe, she knows that she will always be safe. I was a scared kid, clearly the result of insecurity due to a lack of parental supervision. Will I be surprised when she wants to zipline, bungee jump or hang glide? Nope, will I be there to watch? Of course. I'm hoping that after years of watching her fearlessness I might even join her. I am supremely proud of this gift D and I have given her, and I secretly (sometimes not so secretly) cheer when she performs her special tricks.

I wonder how awesome Johnnie Knoxville's parents are. I have a feeling I would really like them.
Posted by MicheleB at 5:30 PM