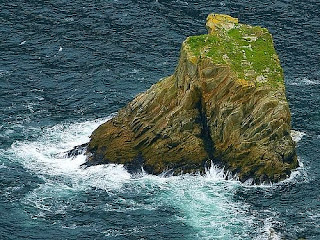 First can I say that I tried on the $25 super awesome Marshalls bikini for D and received a standing ovation. Purchase justified.

OK, what's the deal with people becoming obsessed with TV shows? I'm not against TV in general, it serves a purpose I suppose. I mildly enjoy some shows like Modern Family and really dig 30 Rock and Family Guy. K and I like to watch cooking shows and of course we are all football fanatics but today all I heard was "LOST" this and "LOST" that. Every Facebook status was related to the show. I don't get it. I felt the same way about NBC's Must See TV, which I liked to call Must Flee TV and was fond of saying "Friends don't let friends watch Friends." That didn't make me too popular with the Starter Husband's coworkers, they all worked in Ad Sales. Oopsie.

Speaking of TV, K has an audition for a major network show tomorrow and I get to go back to the lot where I worked oh so many years ago. Should be fun. Also tomorrow is our weekly appointment with Dr. Phil, not the bonehead talk show dude, but our own therapist who in some small way resembles the not-so-good doctor. I love our Dr. Phil, he says fuck and shit and has OCD like me, he could be my dad. He has a way of cutting to the chase (OMG did I just use that stupid expression?) without all the psychobabble. Lately the sessions have been about MIL issues (ladies, I know you hear me on this one) a topic I will be writing about plenty here once the ban I have imposed has been lifted. I instituted a ban after what I now call the "Christmas Incident" which I will also write about very soon. Let's just say MIL jokes were invented for a reason. Another reason I like going to Dr. Phil, D and I meet at the cafe downstairs, get lattes and watch who goes in and out of the gym next door.

Goodnight y'all, off to NOT watch Lost.
Posted by MicheleB at 8:41 PM