I'm SUPER, thanks for asking. 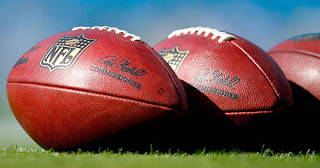 Had the Jets/Colts game gone my way a few weeks ago I'd be writing this from sunny Miami, but it didn't, so I'm not, I'm writing from sunny LA. Whatevs, the Jets had a fantastic season and I'm lucky to have had the opportunity to watch three extra games this year. Rex and the boys did a fantastic job, having the number one rated defense and a kickass rookie QB is a big deal for Jet fans like me who usually know the fate of our season by week two. Or when we lose to the Pats, whichever comes first. That being said, suck it Peyton Manning, go Saints!! All Mannings are persona non grata in our house for a variety of football-related reasons.

Football is a big thing in our family. All Sundays between September (OK, late August) and early February are spent with eyes glued to a variety of TVs, either at home, friends houses or one of the many family friendly sports bars around the West Side. The excitement begins early August when preseason begins as does our Fantasy Football draft. Every year we host an NFL Kickoff party and all who know us know that we have an open door policy on Sunday. Usually around Thanksgiving a feeling of dread starts to take over, we know that the playoffs are near and then, The End, The Superbowl. D is lucky enough to have seen his team play in four of the last eight games, and even luckier to actually go to the last one. He doesn't consider this lucky however, his beloved Pats (ugh, there I wrote it) lost the game, ending a perfect season. He is also unlucky to have to hear about this loss over and over, and even unluckier to have left the Dolphin's perfect record intact. Thanks Tom Brady, you made my husband so disgusted he got in his car and drove for six hours to get away from you.

So today we will get together with friends we haven't seen in a while, we'll eat, drink and be merry. We will marvel at how big, smart and awesome our kids are getting. Swap stories about what we've been up while we vow to get together sooner this time. But what we'll really be doing is mourning the end of another football season and begin the countdown to the next one.