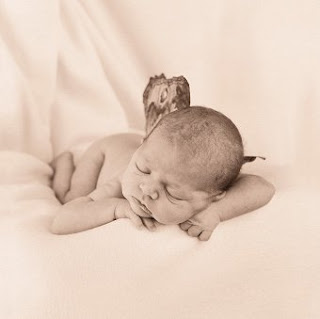 Slept, that is. I woke up every few hours, looked around and went back to sleep. I would have cried out for a bottle but I think we're out of Cabernet :) Someone up there must have read my last blog entry. Not only did K sleep the entire night but she also waited until after 7AM to climb into bed with us. D has given K permission to come in any time after 6AM (why, oh why?) but she might have felt sorry for me. Also, it's Tuesday which around here means garbage collection day and for some reason this begins around 6AM as well, and these guys are NOT quiet. Between the noise of the trucks and the pounding of the dumpsters, sleep on a Tuesday is elusive. Except for D & K, they both are blissfully unaware of the combat-like sounds right outside our window. You can imagine how this pisses me off.

Not only did I sleep more than 2 hours but I actually accomplished most of the things on my list before 11AM. I can finally, without guilt, sit, write and enjoy the sounds of the rain while I still compulsively check Facebook. I don't know who to thank for this gift, but whatever the reason, I am grateful. Even the though of driving K to an audition near the airport at 6PM tonight isn't bringing me down. D has a pass for the evening and will be enjoying some guy time, I'll probably be stuck in 405 rush hour/rain traffic wondering what I'm going to do for dinner. I might just end up out to dinner with my tiny BFF.

Speaking of babies, I try not to bring politics where it doesn't belong but I am so disgusted after watching something on Keith or Rachel (Olbermann and Maddow) last night. It seems that Tom Tancredo is trying in his own sick way to repeal the Voting Rights Act of 1965, he actually said this a few days ago TANCREDO: And then, something really odd happened, mostly because I think that we do not have a civics literacy test before people can vote in this country. People who could not even spell the word "vote," or say it in English, put a committed socialist ideologue in the White House, name is Barack Hussein Obama. That was taken from the Media Matters website. Nice sentiment coming from a man whose party's front runner needs to write the party agenda on her hand. Uh, a little scary to think that people can possibly still think this way. I know, I know, this country is completely divided. I've seen the ridiculously spelled Tea Party signs, heard Rush and Glenn wax poetic on the lameness of our president, I know that there are extremists on both sides. I'm just so sick of it. The quality of life in this country should be focus of our attention. Red and Blue, black and white, man and woman. We all need to shut up, step up and work together.

We also need stop acting like babies. Since I had sleep last night it might not be so hard for me. How about you?
Posted by MicheleB at 11:43 AM