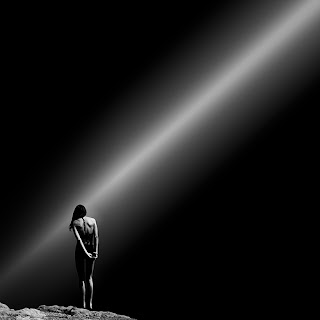 Well, technically I'm not alone, K is home but fast asleep and D is out releasing some testosterone. I can write, eat something bad (I won't) and even put on the dreaded television for some mental junk food. I promised I wasn't going to do the latter but the buzz on that Glee show was too big to pass up, besides it's always good to catch up on the latest item of hip. I don't know this show but the dancing is cool and I haven't heard a Madonna song in ages and anything Jane Lynch does is awesome. I can sing alone without witnesses, cool.

Today was long, sort of. At least he beginning of it was, I took off for my focus group at 7:40AM, if you know me you know this isn't the best time for me. I sat in bad traffic hoping to make my 9:00AM appointment, I now have sympathy for anyone that works anywhere near downtown Los Angeles. Luckily the traffic dissipated on the 110 and I arrived early, like always. I checked in and was told that purses and cell phones are forbidden. What? I understand, but didn't like, the cell phone thing but telling a girl to lose her purse is just cruel. I returned both items to my car and walked onto the convention center floor feeling naked. I signed a confidentiality agreement but it didn't say I couldn't discuss what I did. Armed with my own Palmlike device I was asked to give my opinion on the designs of eight different vehicles based on the exterior only, it was cool knowing that these were vehicles that the public has not yet seen. After that we moved into another area with two more vehicles, one that seemed to have been specifically built just for me.

After a few more evaluations we were shown the inside of the vehicles that the little Palm device thought we liked the best. Then it became interactive and I was able work one on one with an evaluator who plugged all my notes into my Palm thing. After that I was thanked and given a check and some coffee. It was fun, informative and lucrative. Seriously who gets paid to look at cool cars and then rant about what you don't like about them? I was out early and made it home just in time for the sky to open up and clean the city with a lovely afternoon downpour.

I had enough time to grab some lunch and umbrellas before picking up K. I decided to forgo the afternoon activities and enjoy the rainy afternoon lounging around in sweats with my little gal pal. We were happily relaxing in the dark living room, enjoying the nothingness when all of a sudden the sun came out. What nerve! We decided to ignore it and snuggled under a blanket some more, until the heat became oppressing. This was much nicer than the karate class we were supposed to check out, we can do that next week right?

After I put her to bed I snuggled some more, but then I had a choice to make. Do I stay curled up with K or do I enjoy the solitude? I stayed with her until she fell asleep and watched her for a bit. Her sweet puppy breath on my neck was hard to leave, it always is, so I stayed a little longer and then escaped quietly.

Ahh, alone at last. The funny thing is I did what I always do, I checked Facebook, read some emails and caught up on the news. Sometimes I crave the solitude so badly but when I get it, I never know what to do with it. It was fun to watch a television show that has the potential to be a guilty pleasure, doing it without the ribbing I would no doubt receive was nice. The irony is the ribbing is what makes the watching that much better.

What I should do is go to sleep, I feel that if I retire to my bed I will be wasting something that I need for my mind just to satisfy the needs of my body. I think I'm going to choose sleep, I can't remember the last time I was in bed before 11PM. Maybe if my body is rested my mind might follow suit. I'm going to test this theory now. I don't think there's a rule against spending my alone time sleeping. Especially if I go back to the empty spot I left in K's bed.

Besides I'll be alone tomorrow when she's at school.

Goodnight.
Posted by MicheleB at 8:49 PM