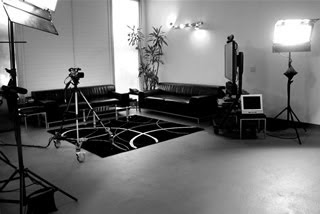 Before K could walk she had an agent, by the time she started walking she had already booked and shot her first job, a catalog for our favorite store Babystyle. By the time the catalog came out I had become a veteran of the business and knew the ropes like a pro, navigating around castings, go-sees and photo shoots with ease. I still remember the very first audition, it was for a Pampers commercial and I was nervous. Traffic was bad and I barely made it on time, I had no idea what to expect and when I walked through the door I was surprised to see a room full of babies and parents. I signed in and waited, so much for worrying about the time. I remember listening to all the other parents talking about the jobs their babies and other kids had already done and all the money they had made, they all seemed to know each other and everything that was going on in the business. I just listened quietly taking it all in, when it was K's turn I brought her in, they told me to place her on the mark and step aside. I put my baby on the X and stood by the door, she looked right at the camera and gave a huge toothless grin. They said "thanks, she's done" I went in and picked her up, I told them that this was our very first audition and they said she was great, most babies cry when their moms are out of sight, they said she'll be a pro in no time. They were right, a few months later she was working regularly and having a great time.

As time went by I managed to collect a group of friends, some veterans and some new like me, we were always happy to see each other and share the latest news and jobs our kids had done. I noticed that there were two distinct groups, the one I found, happy moms (and some dads) that ran around town with their kids having a good time and not really taking it too seriously. Then there's the other kind, mean nasty parents that will only talk to you if they can get information, these are the parents that ask to see your child's zed card and resume, the kind that drill your kid if they come out of the casting before their kid goes in, the kind that gives you the evil eye if you happen to have a kid that looks like theirs. These are the Stagemoms (and dads) that could care less what their kids feel about the business they are in. Once when K was about 3 we were on another Babystyle shoot, the kids were all playing and having a good time, the photographer was taking shots whenever he could and the director was running around with the kids wrangling them as they were needed. One of the boys around K's age was not into it, he wanted to play but he didn't want his picture taken the director and photographer just grabbed another kid for the shot, no big deal. The mom grabbed the kid and dragged hm aside and started yelling "this is work, you aren't here to have fun, you better do his!" I was shocked, for one thing the kid is 3, he doesn't know what work is, besides the photographer told them to have fun, the poor thing spent the rest of the afternoon crying until he was released. I never saw him at another Babystyle shoot again.

I hardly notice these moms anymore, K tends to work with the same kids and we always just stick with our friends at bigger castings. The worst of these moms I recognize immediately and just avoid them. Sometimes it's hard, these moms all know me because they know my daughter, I try to be nice and then hurry off somewhere or pretend that I just an urgent text or email, nine times out of ten they will say "Oh, I bet it's a job." Ugh.

We also try to avoid cattle calls, unless they are extremely convenient and close. We went to such a casting on Thursday, a casting that had been going on for three days, I told K that if it was super packed we would leave, we both agreed that 30 minutes would be the most we'd spend there. We walked in and it was pretty empty, mostly 2 and 3 year olds running around. We signed in and filled out a size card, while we waited we grabbed a seat and watched a movie that they had playing on the wall. I didn't know anyone and I could tell that most of them were new, they just had that terrified look on their face and none of them had a book (modeling portfolio). I tried to make small talk with some of them but they weren't too nice. One of them never signed in and was asking loudly "how do they call the kids?" I felt like being nice and showed her what to do, I told her to sign in and write the number that was now next to her kid's name on the size sheet, when they call that number it's her kid's turn. She barely said thanks and walked away, I just rolled my eyes (it's actually a reflex with me). The two guys next to me started to laugh, they actually worked with the people doing the casting, one of them said to me "gotta love the newbies, right?" I saw that mom's kid trying to run out of the studio when K was done.

Yesterday while I was waiting for K at school I got an email from K's agent, apparently we both had to a print audition, she was hoping D could join us (he could not). I tried to get out of it but once I told K she was excited to go in me, so we drove to Hollywood and I signed us both in. When the assistant came to get our paperwork she asked where my size sheet and headshot were, after I stopped laughing I told her that it was really just my daughter auditioning, she said that we were both on the list and that I would need to fill out the sheet as well. I was so embarrassed but filled it out anyway, I saw another mom who shared my pain and she smiled at me and said it would be fun, I thanked her. Next to me I saw a woman giving me the evil eye, she said to her daughter that she was going to go in with her and to grab a size sheet, she turned to me as if to say "see, I can go in too." Like I cared, I didn't want to go in in the first place, I hate having my picture taken. I figured she was one of "those" moms, after her look K and I were called in. We go to this place a lot and K and the casting guy knew each other, as soon as we got in the room she told him "my mom doesn't like this, she thinks she looks ugly in pictures." Awesome, this was going to be fun. He said to relax and that K will tell me what to do. She did. It was actually fun, he asked what we like to do on weekend and we talked about baking, sleeping in my bed and going out to dinner. It was quick and painless. We walked out of the room laughing and holding hands, it was actually a nice moment, I never get to see what K does in there. I passed the woman who was next to me and she was putting on make up, I guess she was getting ready for her big moment.

K said that hopes we get the job, I told her that it was unlikely but it didn't matter, she did her best, then she told me I did my best too. Aww, she's sweet. It'll never happen but I'm glad that she would have been happy if it did. I told her that she did book the last job that she auditioned for at the same casting place and it shoots next week. She was happy about that, she said she remembers "doing really good" at that audition.

I can't imagine how she would react to all this if I was "one of those moms," I can't imagine being one of them either. I can't imagine yelling at my child for being a child. I am amazed that K has the ability to walk into a room full of people and smile, pose and talk about whatever it is they talk about in there. I think we have the right combination that makes this work. It's the same thing with the families we are close to in this business, our kids all seem to do well because they have supportive parents. I always try to offer help to the new parents, I would hate for the other team to get more players.