Paranoia will destroy ya 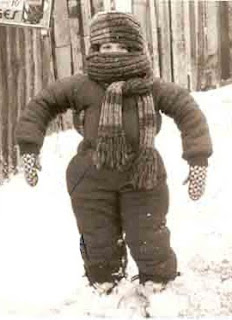 A few weeks I saw an email from K's school that made my heart stop: Field Trip Drivers. Ugh. I hate field trips. Last year there were four of them, I signed up to drive for all of them. It's not that I had a huge desire to shuttle kids around, I just have a huge fear of anyone besides me or D shuttling my kid around. Luckily there were two other moms in the the class who felt the same way. We each told the teacher early in the year that we had issues with other people driving our kids. We did this separately and laughed when we fessed up about it. I ended up driving 3 out of the 4 trips, and K's BFF's mom O drove the one I couldn't do, which worked out well, I drove to the one she couldn't. K's kindergarten teacher knew of our paranoia and I believe she had her hand in making sure that O and I each "missed" a trip with our kids. We texted each other every step of the trip we didn't attend.

When this year started I promised not to be that bad, sure I always get to school really (really!) early but I can conveniently blame that on the crappy parking situation. Sometimes I drive by the school but only because it happens to be on the way to my usual destinations, who cares if it's a little out of the way, it's a nice drive. When the first field trip permission slip came home with K I started to immediately fill out the volunteer driver portion of it, when I saw the date I freaked. It was the week I was supposed to be on call for Jury Duty. Crap. Not only could I not commit to drive but I was freaked out about what I was going to do with K if I couldn't get out of it. Of course the day of the trip I wasn't called to go in, D dropped her booster seat off at the school with her that morning and I spent the whole day freaking out. I would jump every time my phone would ring, I couldn't do anything but worry that someone I didn't know was driving my daughter to Culver City. I got to school super early and was put at ease when I saw the classroom was full of kids doing their work, all the booster seats were lined up outside the door. I was so relieved I felt like crying. When the bell rang I ran into the class to get her, she was thrilled to have been able to fly solo on this trip. I was thrilled when she told me who drove, it was a mom I liked and trusted. As much as I promised to loosen the reins I didn't want another day of worrying.

So a few weeks ago I was once again staring at another field trip email. I opened this one only to find out it wasn't the first email about the trip but the last. It said that they have all the drivers they need for this trip. Fabulous. I quickly scrolled down the unopened emails in my inbox and saw a bunch of them all titled "Field Trip." They were buried between the plethora of online sample sales and single Russian women desperate to meet a guy like me. Great, not only was I going to have to suffer though another day of worrying but I didn't really know any of the parents who were driving. The good thing was that this trip was to Whole Foods, and it was close, so not only was the drive too long but I could go there and spy if I was so inclined.

Friday afternoon at pickup I was talking to a couple that I know, their son has been in the same class as K for the last two years. We were talking about the field trip on Monday, the mom was like me, didn't get the emails about driving. I told her that I wanted to go to the store and spy, she said she had the same idea. I felt better knowing that I wasn't alone in wanting to do this. The other women in my overprotective momtourage were in different classes this year but I know they both were thinking the same thing I was.

So this morning I hugged my daughter extra hard and D and K went off to school. I made sure he dropped her off with her booster seat, a sight that apparently made the other kids laugh. When D told me this I felt bad, for a brief second I thought about going down to the school and retrieving the booster. Legally she didn't need it, according to the State of California, kids over 6 years old or 60 pounds aren't required by law to have any sort of restraint more than a regular seat belt. Nice job California, don't allow same sex marriages and make sure kids get hurt in the event of an accident, hey Arnold, maybe you should make texting mandatory while driving. I say by state law they aren't required but by MY law they are, so my child and any of her friends that happen to ride with me will be strapped in with a booster seat, I don't care who laughs.

I knew that K's class was going to be at the store by 10:00AM and I was ready by 9:30AM, if I wanted to I could easily drive to 5th and Wilshire and meet them, I had to do food shopping anyway. For some reason though I had no desire to go down there. I want K to know that she can do things on her own, besides I already knew that I was going to hear about the booster seat thing. So I went about my day, doing all that needed to get done. I spent a lot of time glancing at my watch, hoping to get to the other side of noon when I knew they would be returning to school. I was early for pickup and stayed in my car for a while texting D and reading some emails. Then I saw M, one of my momtourage, I got out of my car and met up with her in the schoolyard. All the first graders were in the yard rehearsing the Earth Day song they will be singing at tomorrow's assembly. I asked her if she drove and she told me she did not, that's why she was so early for pickup, she was relieved to see her little girl happily singing with her classmates. She didn't look happy though, I asked what was wrong and then I remembered. Her almost 14 year old daughter was on a different kind of field trip. A four day excursion to Washington DC, a trip that M told me about back in September when she started to worry about it. She was miserable, she said she barely got through the first day without losing it (that much). She was grateful that the school gave her daughter an exception to the no calls or texts rule while on one of the many tours they were scheduled to take. I don't know how she let her daughter on the plane. As bad as I am, I think M might actually be worse. She said she tried to buy her own ticket but wasn't able to. She said that the trip wasn't exactly mandatory but that no one wants to be the parent that won't let their kid go.

I would be that parent. Seriously, I can barely get through a few hours knowing that someone was driving my daughter 1.6 miles.

So while I am being cool about certain things like sleepovers and letting other people drive K around some things are going to be hard for me to get over. Like cross country flights. I will watch M this week and see how she does. I will be there if she needs to cry and will most likely cry along with her, while we aren't close friends we share a fierce attachment to our children. If she can get through this there might be a chance for me. I'll keep you posted, part of me thinks she might just hop on a plane and collect her daughter to bring her home, I'm thinking it might look like that scene from "Officer and A Gentleman" just slightly different.

I will start on my dis-attachment by taking my name off the list for the field trip that is scheduled for May 1st. It's 13.8 miles from the school and it involves a freeway (yes I checked). Actually I'll take my name off if M can make it through her daughter's trip.