Am I smarter than a 1st Grader? 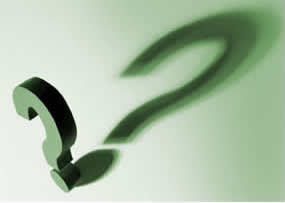 I love having a smart kid, I love having an inquisitive kid and I love that this kid can render me speechless with some of her questions. It started early, when she was about 3 she asked where she came from and was satisfied with hearing that she came out of my belly. A few weeks after that she wanted to know how she got out of my belly, I was happy for my C-section that day. When I showed her my scar she marveled at how little it was, then I showed her how little she was. Again, she was satisfied and I didn't hear about it for a while. Right before she started preschool, about 2 months before she turned 4, she asked me how she got into my belly. Now as you know I'm all for truth and honesty but to tell you the truth I honestly did not want to get phone calls the very first week of preschool telling me that my daughter told a room full of preschoolers how babies are made. So I did what everyone else does, I told her because her dad and I loved each other so much we made a baby. She bought it and I haven't heard a word about it since.

I know it's inevitable, the "where did I come from?" question is looming and I have no problem giving her the real answer, she comes home with all kinds of things that the kids at school tell her. "They have older brothers and sisters" she'll tell me, "If I had an older sister or brother I'll know everything already." I bet she will. A few weeks ago she told me that the class bully knows all the curse words, "from her brother!" she tells me, "he's in fifth grade, that's not very nice, is it mama?" "No, K, those aren't nice words to say to people" I tell her. She is sensitive to this too, if I let one of them fly out of my mouth in the car, she actually gets mad at me and tells me not to say those words. I usually just smile, I know that's not going to last very long.

A few weeks ago she asked what "ass" meant, she heard it at school (of course) I told her it was just another word for butt, she asked me why there were so many words for that particular body part. I honestly had no answer. Then last week we were driving home from an audition in Hollywood and she was reading the street and store signs, then she started on billboards. I heard a loud gasp from the back seat and then a very loud "mama, MAMA, that billboard says KickaSSSSSSSSSS" (she likes to emphasize the s) I don't think she had ever made me laugh like I did after that. She knew what she said and the smile on her face was ear to ear. How fortunate for us that Lionsgate bought every single billboard on Sunset, I heard "KickaSSSSSSSSSS" all the way until Doheny. Awesome. For the next few days wherever we went she told people she saw a billboard that said KickaSSSSSSSSSS. They just smiled and looked at me, like it was my fault that Kickass is plastered all over Los Angeles. She told our waiter at Buca Di Beppo all about it, he actually took the time to tell her that it probably wasn't a good idea to have that all over the place, and it wasn't a nice word. The words don't really don't bother me at all, they just sound awful coming from her little angel mouth. In fact when K is out of range they all fly out of mouth with abandon and I don't care. I have always had potty mouth, especially when I am angry or had a few cocktails (or just one). The addition of alcohol makes the cursing more effective as it comes with a New York accent. When I was single guys thought it was adorably sexy, I'm not sure how D takes it but if it's aimed at him I'm sure he's a little scared.

K will often ask me exactly why these words are so bad, I tell her that they aren't necessarily bad, I mean they are just words but some people don't like them. She asks if I like them and I tell her that sometimes I do but that doesn't make it right. I tell her that there are words that just sound bad coming from children. She asks if she'll get in trouble when she's older and uses them, I tell her that she won't (and she won't). I tell her that there are words that are far more off putting, like war, hate and racial epithets, words that can hurt people instead of merely offending them. She gets this too, the last thing she wants to do is hurt someone's feelings. At her first parent/teacher conference this year her teacher said she was empathetic, she hates seeing anyone upset and is always the first to offer help. She's learning important lessons now that will make her a conscientious and thoughtful adult, who cares if she says ass or shit?

Today we were coming out of Krispy Kreme for K's Friday treat, in the middle of the parking lot she stopped and asked "When is G-d's birthday?" I hesitated, she threw me off with that one. "Just look it up in your iPhone" she said. When I asked her why she said she wanted to make a cake for G-d" and then she asked if G-d was dead. The first question came as a surprise, the second one shut me up completely. What do I tell a 6 year old about this subject? I knew I should have started Sunday school this year!! I did my best to tell her that there is no exact known birthday for G-d who is not dead. We discussed how everything was created from something and how there is more to the universe than just the Earth and planets, she asked if G-d looked like a regular man, I asked her what she though G-d would look like. She described a guy that resembled Santa Claus: an older white guy with white hair and a beard wearing a kippah (yarmulke). I told her that she could think outside the box on this one, she thought it would be cool if G-d was a cheetah. I have a feeling we will be continuing this discussion, I look forward to that, I just didn't see it coming today, especially in the parking lot of Krispy Kreme.

I remember being young like K and having so many questions and nobody to answer them. I used to scare the crap out of myself thinking about the fragility of the universe, about why our bodies have this shape, where do we go when we die, what will it feel like. I wondered about things like gravity and the meaning of life but never once thinking to ask about it, even at a young age I knew that my thoughts would have been dismissed. Not being able to talk about this stuff was frightening, having these conversations with K is comforting because not only are her questions getting answers but the little girl in me is being acknowledged as well.

I know that there are more coming and I welcome them, even if I'm not expecting them. Like K says "bring it!" I can't wait to hear what my little existentialist has in store.

I wonder what questions Kierkegaard asked as a kid.
Posted by MicheleB at 5:49 PM