Six and the city 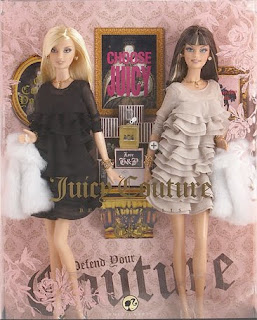 K had a playdate over at our house today, after hip hop class I picked her up along with her friend E, a little girl who has been a best bud since the first day of Kindergarten. Way back then, if you ask either of them. I like this little girl, she's just like K, a little blond ball of energy who always has a smile on her face when she sees me. Her mom is cool too, she's one of the few that I don't avoid by pretending to text or do something super important on my phone. That's how it is at our school and probably all others, cool parents have cool kids.

Today I came early to gather the girls, I needed to put in the extra carseat and traffic was sucky, so I arrived early, cranked the tunes and installed the booster. I still had some time to kill so I went into the yard and did some reading. The afterschool programs were in full swing and I had a good view of most of it. I watched the kinders run around and play basketball, I don't remember K being that small last year! I listened to some older kids practicing for music class and I watched a group of girls sitting around writing, I thought they were doing homework and then I heard them talk. They trash talked everyone in their class, from what they wore to who they hung out with. These girls weren't that much older than K but they were dressed like 18 year olds in short shorts, belly shirts and Uggs, and they all had cell phones. I wouldn't have been surprised to see them all drive off in little BMWs. I suppose I should be happy that they weren't smoking.

Finally I saw some friends and we all sat and waited for our tiny dancers, we talked for a bit and then the class was over. They all poured out of the small auditorium that holds their class, arm in arm talking about what treats they were going to get when they came home. I collected K and E and made plans for another playdate for next week. I watched these little girls as they conversed and I noticed that all had that Miley Cyrus/Hannah Montana stance which includes the Mick Jagger head bob pursed lips included. They all point and shake their finger when they disagree, I even heard K say "bring it" when discussing another girl who is the class bully, and common enemy amongst these friends. I needed to get these girls out of there.

I grabbed K and E and got them in my car, I asked where they wanted to go and they both wanted to go to our house, it was too hot for the park and they were tired after a long school day. They laughed and giggled in the back of the car and by the time I pulled into my driveway I had two adorable 6 year olds with me, they must have left their alter egos somewhere on PCH. They held hands from the car to our front door and laughed as they both called me mommy. Once inside I insisted they wash their hands, little girls can be quite dirty. They retreated to K's room and left the door open as per our house rules (we once had a door locking incident which led to my expertise in doorknob installations). I gave them a few minutes and then I went in to see what snack was required. I was surprised by their choices, E wanted a PB&J while K wanted some matzoh and cheese, usually both girls must share the same snack, I was happily surprised. I brought their snack on a white tray and let them eat in K's room, a usual no-no but if I keep them out of the living room I can keep them from the television. They were dressing up K's zhu-zhu pets and playing in her kitchen while wearing tiaras. Just like they did last year except we didn't have those fake hamsters.

I was worried, seeing all the little girls together after dance and watching them interact made me sad to think that my little girl was about to become on of those trash talking friend bashing clones. Watching her and E put clothing on tiny fake hamsters assured me that they were still just six year old girls. After the rodent fashion show they drew pictures for each other, made bracelets and ate cake. I drove E home and stayed for a bit, I talked to E's mom about the stuff going on in the class and how the girls are sticking together when the bully bothers either of them. I told her what the girls did and she was happy that they had fun and that they get along so well. She said that she doesn't have to worry about E being with me, I'm slightly (Ok more than slightly) overprotective but still cool. She knows nothing will happen at my house and I feel same about her. She also knows that I will do whatever I can to keep my child a child for as long as I can. It was time to leave and I went to get K who was watching TV with E, they were looking for a cooking show, we convinced E that they were cool. She stopped on Zack and Cody and kept it there for a second, these shows are the part of the reason that our kids have adopted that Mick Jagger head bob, the kids are always in charge and the adults are all stumbling morons. I hate these shows and they are banned in our house. E's mom looked at her and said "E, you know the rules!!!" What's the rule I asked, she said that E's dad came up with a TV rule: no shows with kids older than E, cartoons are up to negotiation. I love it, I think it's a great idea. If we ever decide to let K watch things other than cooking and science shows, I will adopt that rule as well.

I know that kids growing up too fast isn't limited to Los Angeles, I have friends all over the country and they tell me they are going through the same thing. If we are present in our kids lives and monitor what they watch and who they spend time with we can help, even if it's just a little bit. If we do this at home they will have the tools and skills to do it at school. I listened to these two girls as they discussed a plan to stick together when the bully in their class tries to break them apart. The bully in question is really nasty too, has a mouth like a sailor and threatens all the girls into being friends with her. I know that I'm doing a good job and so is E's mother because our little buddies are formulating strategies to keep them together as friends and kids. Our daughters want to stay kids, they want to remain little girls and they are in no hurry to grow up.

K and E are also plotting a sleepover, I asked them what they were going to do. "Big girl stuff" they said. Really? What exactly does that entail? I asked. "Well, you know, eating candy, dancing and staying up late until like 10."

Big girl stuff indeed, I can live with that.
Posted by MicheleB at 9:28 PM